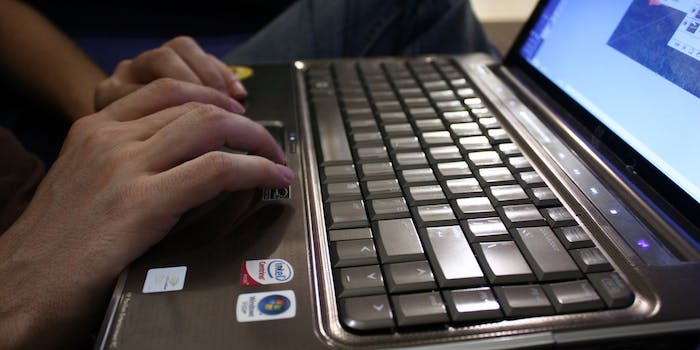 Microsoft is teaching computers how to laugh at New Yorker cartoons

A company pivotal in bringing computers into the world is now teaching them how to laugh at it.

Researchers from Microsoft have teamed up with the New Yorker to analyze the magazine’s famous cartoons and captions in order to help computers identify what humans find funny. Their findings are presented in a scientific paper titled “Inside Jokes: Identifying Humorous Cartoon Captions.” After honing their algorithm with a huge sample of reader-submitted captions, the team says the robots can now identify the funnier caption of a pair two times out of three.

“We’ve got this amazing treasure trove of user-generated data: 2.5 million entries of people trying to be funny. I thought maybe we could make a little progress with data science,” Bob Mankoff, cartoon editor for the New Yorker, told the Daily Dot.

Computer vision systems are designed to interact with photographs and real-world images, not abstract cartoons, so in order to put together a computer-ready understanding of the joke or visual gag being conveyed in the humorous drawings, each cartoon needed a description of its setting. The researchers used Amazon’s Mechanical Turk service to gather a statistically significant number of human-perceived descriptions of what is normal about the picture and what is abnormal (i.e., the visual gag).

In the screenshot from their paper below, the green text tells the computer what is expected, and the red indicates the unexpected. By analyzing the crowdsourced cartoons in this manner and noting the captions that were ultimately selected for each cartoon, Microsoft researchers were able to build an artificial intelligence algorithm that could consider the context, the aberration, and the caption to more or less “laugh” at the same cartoons as a human reader. “A joke for which 80 percent of the surveyed humans said was funny, the software agreed 70 percent of the time,” said Mankoff. 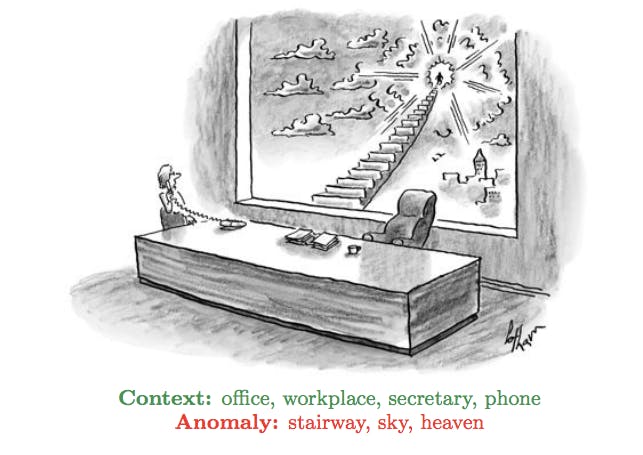 As spooky as that machine capability may sound, Director of Microsoft Research Eric Hovitz says it’s no cause for human existential alarm. “We cannot yet say that our systems are ‘getting’ jokes in the same way that people understand them,” he told the Daily Dot via email. “We are way far away from that capability.”

Instead, the research is intended to identify any correlations between humor and human intellect. “Our research is aimed fundamentally at achieving a better understanding of humor and its role in intelligence. … [B]uilding systems to understand what people find humorous is a step in the direction of understanding humor—as well as sarcasm, and other nuances of our language and lives,” wrote Hovitz.

Mankoff says it’s “no great comedy discovery,” but could this system help him sift through the 5,000 submissions that come into his office every week for the magazine’s famous cartoon caption contest? Despite the obvious application, he says it won’t happen: “We look at every caption. I’m not going to exclude 40 percent of the entries because a computer said they weren’t funny.”

He plans to travel to a Microsoft office next week to see if the team can further refine the computer’s sense of humor. It’s going to need one when it learns about the blue screen of death.