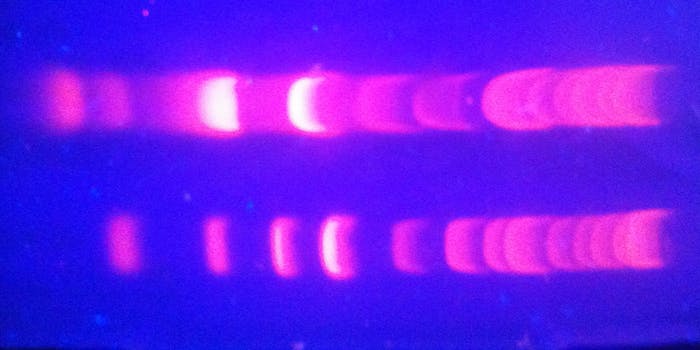 Photo via CodonAUG/Flickr (CC BY 2.0)

3D-printed phone case turns a smartphone into a DNA microscope

It could change the way doctors and scientists help patients in developing countries.

Analyzing the size and structure of our DNA to detect things like cancer and Alzheimer’s disease can now be done with a smartphone, thanks to a device created by researchers at the University of California, Los Angeles (UCLA).

The mobile microscopy unit turns a Windows smartphone into an inexpensive and portable fluorescent microscope. These types of microscopes use ultraviolet light to “excite” fluorescent molecules in organic specimens and are beneficial for studying the chemical elements that make up living cells, including DNA.

Encased in a 3D-printed case are all the components of the microscope—a lens, filter, stage mount, and a laser diode. To scan DNA, people must isolate and label the DNA with fluorescent tags, researchers described in a statement, and then by using a smartphone application, the device sends data to a server, which analyzes it and replies with molecular information in less than 10 seconds.

With this device, scientists will be able to diagnose cancers and nervous system disorders, and detect drug resistance to diseases, researchers said.

“A single DNA molecule, once stretched, is about two nanometers in width,” Aydogan Ozcan, a UCLA engineering professor and leader of the mobile microscopy project, said in a statement. “For perspective, that makes DNA about 50,000 times thinner than a human hair. Currently, imaging single DNA molecules requires bulky, expensive optical microscopy tools, which are mostly confined to advanced laboratory settings.” 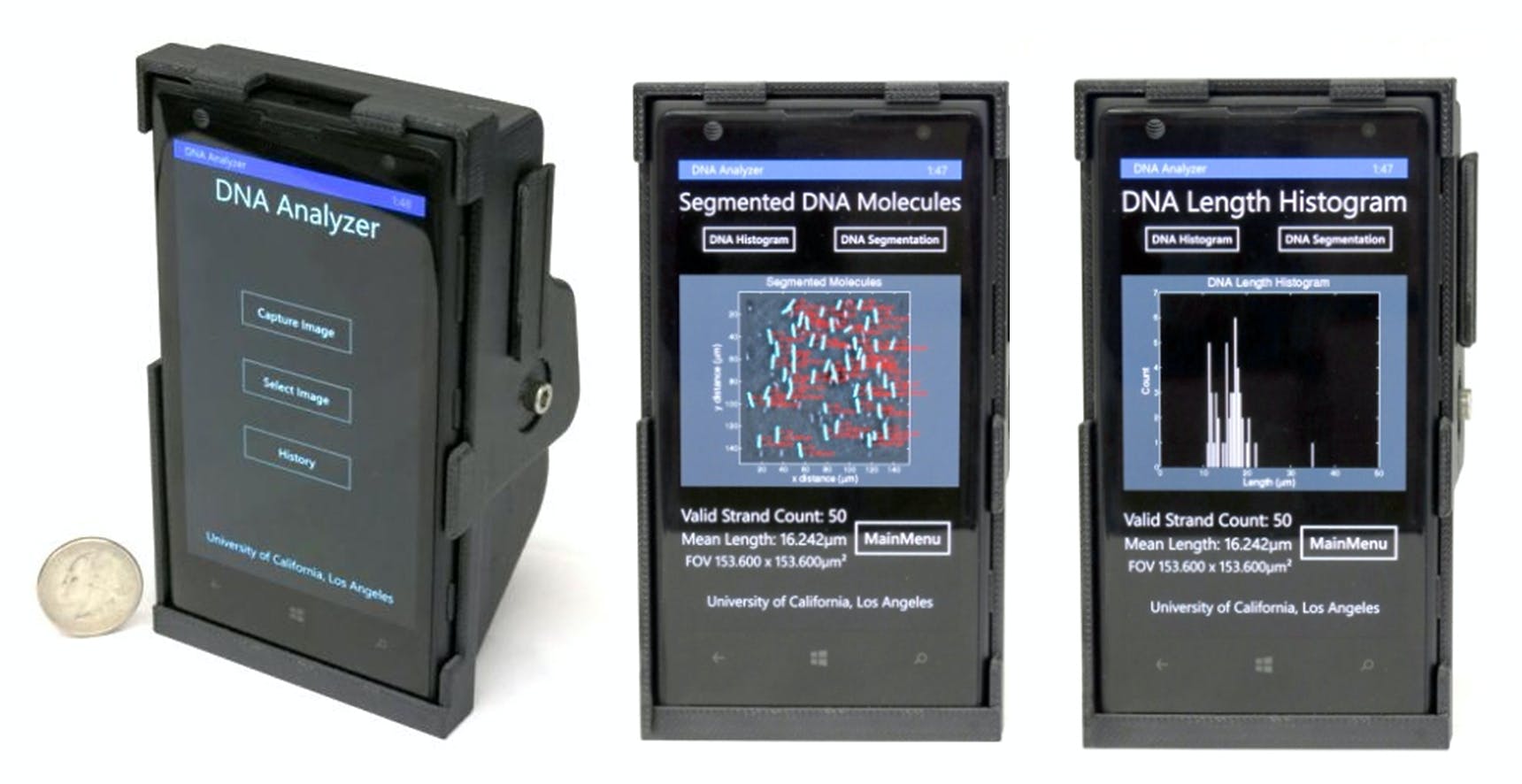 Ozcan said his device is significantly less expensive, and could prove effective for remote areas where imaging tools are cost-prohibitive, thus giving laboratories an affordable tool to improve diagnosis and patient care.

It’s still a prototype for now, but this hardware is eventually going to be tested outside of the lab and in an attempt to detect malaria-related drug resistance, according to UCLA.

Photo via CodonAUG/Flickr (CC BY 2.0)