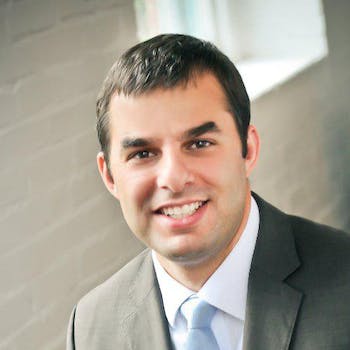 Justin Amash retweets liberally and has explained every one of his votes on Facebook.

Michigan Rep. Justin Amash was called “the new Ron Paul” this week by Politico, and on social media the similarities between the two are striking.

Amash, 32, was elected in 2010 and has a clear libertarian streak that as set him apart from others in Congress. The young legislator is also setting himself apart on social media, where he is active on Facebook and Twitter.

The social media stylings of Amash are in some ways similar to the now-retired Texas Rep. Paul. A year ago, the Daily Dot wrote about Paul’s “social media revolution,” looking back at the online legacy he had created. Even though Paul was just a congressman, he is one of the most popular politicians in the world on Facebook, with more than 1.1 million fans (in 2000, his home district only had 600,000 residents). Part of Paul’s social media power has to do with demographics and his libertarian message, which appealed to a younger audience that happens to be more active online.

With 47,700 fans on Facebook, Amash has a long way to go until he reaches numbers like Paul’s. But early on, he has established himself as a force all his own online. For example, after every vote, Amash will take to Facebook and explain why he voted the way he did. 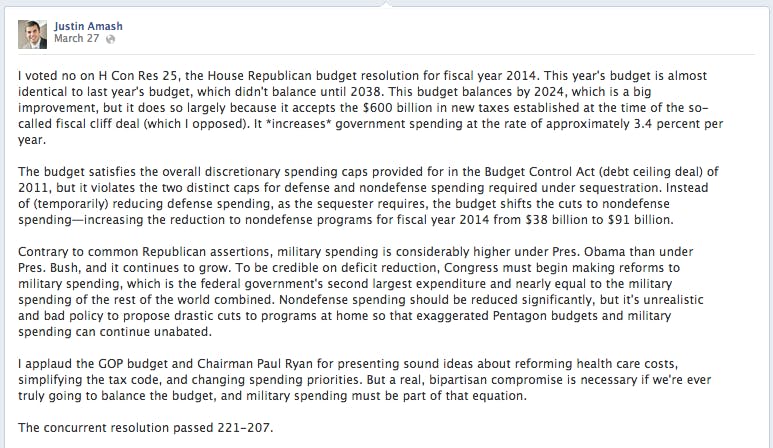 According to a tweet last week, Amash has explained all 1,697 votes since he entered Congress like this, and the explanations seem to be winning him support.

“Justin, one of the things I really admire about you, is that you will actually take the time to explain your position to those who question your motives. I stand with you,” wrote Ray Zehrung.

“All elected representatives should have to be as transparent as you are – at least to the people in their districts that elected them! I want to thank you for taking the time to inform us of your vote and why. Even if I disagree with you I still appreciate your candor,” wrote Kathleen Compton.

Amash isn’t just transparent with the people he represents. He discussed his views on gay marriage and the Defense of Marriage Act with the Huffington Post via Twitter just last week. And on that platform, he is also a liberal retweeter; it doesn’t take much for Amash to pass along a message. 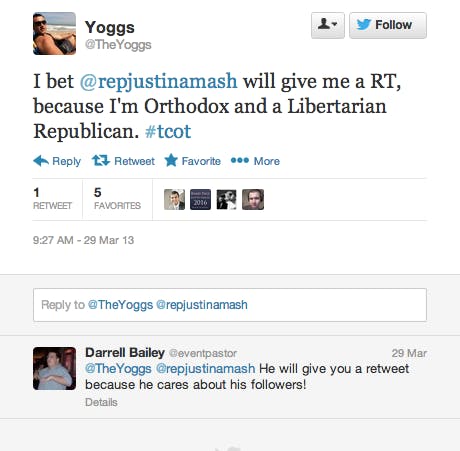 Although he’s still new to the political stage, Amash could be a Congressman to keep an eye on, especially as he separates himself from the pack online.