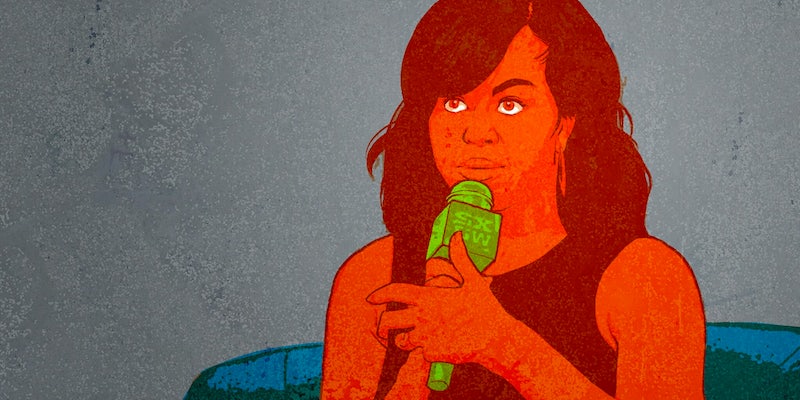 'Sixty-two million girls not getting an education, that’s personal.'

Michelle Obama was asked a lot of questions during her SXSW keynote speech—Would she run for president? What would she miss most about being First Lady?—but she was there with a declarative statement: Let girls learn.

As part of this initiative, AOL’s Makers, a website that focuses on women’s stories, executive produced the song “This Is for My Girls,” written by Warren and featuring Zendaya, Kelly Rowland, Chloe and Halle, Janelle Monae, Missy Elliott, Lea Michele, Jadagrace, and Kelly Clarkson. Warren told Billboard the charity single is “kind of like ‘We Are the World’ meets ‘Lady Marmalade.’” Chloe and Halle, who are signed to Beyoncé’s label, opened the keynote with the single, as well as two original songs.

Obama said the shooting of Malala Yousafzai and the abduction of more than 200 Nigerian girls from a dormitory in 2014 are two things that inspired her to launch Let Girls Learn. The hashtag #62milliongirls has been circulating as well, urging people to take action and sign the Change.org petition “to make sure every girl can pursue her dreams and contribute her successes to her community, her country and our world.”

Of course, it was exhilarating to see FLOTUS sitting next to Missy Elliott and Queen Latifah. And as Elliott said at one point during the speech, “Queen [Latifah] taught us ladies first.” Elsewhere, Queen Latifah asserted, “Whenever you remove a woman’s voice from anything, you are lacking.”

When asked what she would be doing after the White House (no, she’s not running for president), Obama explained she would not be slowing down. Her work would continue: “You don’t have to be president of the United States to do great things.”