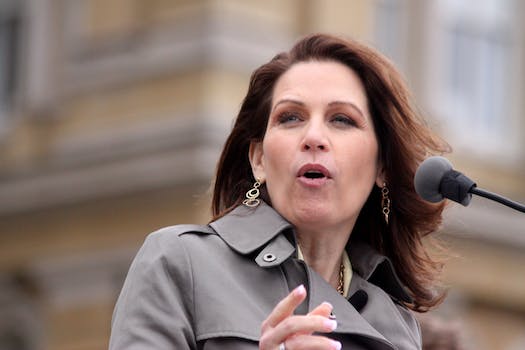 What comes first for candidates: A dip in the polls or on Twitter?

Michelle Bachmann is dropping faster than an anvil from Wile E. Coyote in the polls, a finding reiterated by her lack of traffic on Twitter.

What does it mean for a presidential hopeful when all their Twitter support dries up?

That’s the question Representative Michele Bachmann is mulling after her campaign’s call to action on Twitter flopped.

Apparently, before the debate CBS News planned “to reduce Michele’s conservative message by limiting the number of questions she receives during the debate,” Nahigian wrote in the email, which was obtained by Politico.

To add insult to injury, Bachmann was shunned from speaking on CBS News following the debate because “she’s nearly off the charts,” wrote CBS News’s political director John Dickerson in an email accidentally sent to Bachmann’s campaign. A screenshot of Dickerson’s email was posted to Bachmann’s Facebook page and referenced by the New York Times.

But being shunned by debate moderators and the mainstream media is the least of Bachmann’s problems. She has been one of the least popular candidates for more than a month and one of the least mentioned on Twitter. On the other hand, businessman Herman Cain has dominated Twitter, despite alleged sexual harassment scandals while Gov. Rick Perry gained unintentional traffic after his “oops” gaff went viral.

Twitter might not be the most accurate portrayal of current poll standings—Mitt Romney and former House speaker Newt Gingrich are both fairing better than the stats suggest—but mentions on the microblogging platform give a detailed look at what candidates are being discussed online.

Here’s how many times each candidate was mentioned last week on Twitter, according to statistics from Topsy, a social media search engine.