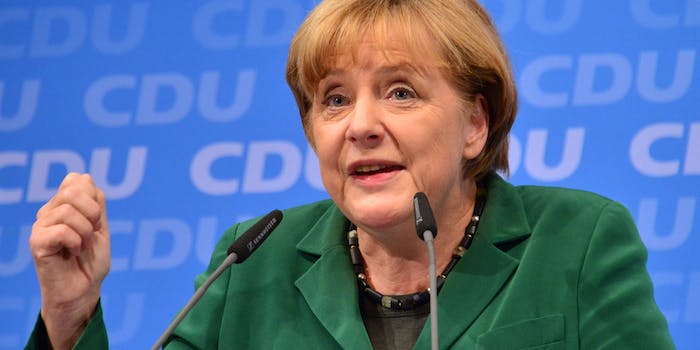 After discovering that U.S. intelligence agencies may have been monitoring her phone, German Chancellor Angela Merkel called President Barack Obama to warn him that such spying would be “completely unacceptable.”

According to BBC, the German government’s information that the U.S. was spying on Merkel ultimately stemmed from an investigation by Der Spiegel. The magazine is one of several international outlets to publish reports based on National Security Agency documents leaked by former intelligence contractor Edward Snowden.

In a statement, Merkel said she told Obama that, “Among close friends and partners, as the Federal Republic of Germany and the U.S. have been for decades, there should be no such monitoring of the communications of a head of government.”

The White House told BBC that Obama had reassured Merkel no such monitoring was taking place. “The United States is not monitoring and will not monitor the communications of the chancellor,” White House Press Secretary Jay Carney said.

The news comes only a day after the director of National Intelligence, James Clapper, offered a similarly direct denial of allegations that the U.S. recorded 70 million phone calls of French citizens during a one-month period last year.

In the past the U.S. has often elected not to comment on foreign surveillance leaks, giving some credence to its recent denials.