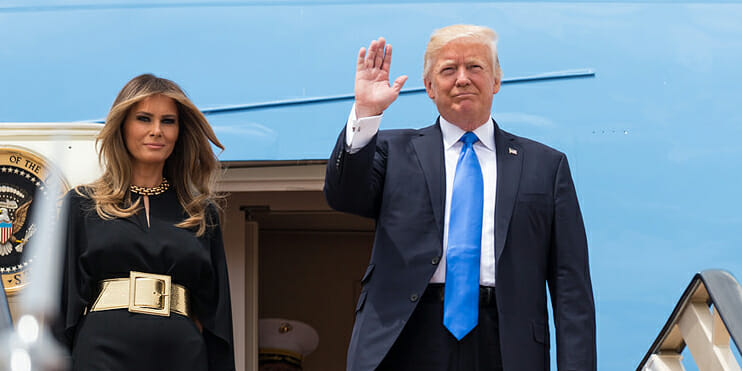 More questions about Melania Trump's immigration have been raised.

First Lady Melania Trump got a green card through a program that is used for people with “extraordinary ability” in 2001–when the former model was dating now-President Donald Trump, according to a new report.

Melania Trump applied and received her green card through the EB-1 program, according to the Washington Post, which was traditionally given to immigrants who were known for academic research, business acumen, as well as Olympic athletes, Oscar-winning actors, and those who had sustained “international acclaim.”

Questions have been raised about Melania Trump’s immigration status for months as President Trump continues to rail against so-called “chain migration,” a process where U.S. citizens and permanent residents can sponsor close non-citizen family members for a green card.

It’s been reported that “chain migration” is likely the process being used by Melania Trump to have her parents become legal residents of the United States despite her husband’s continued criticism of the program.

Melania Trump received her EB-1 green card, known as the “Einstein visa” in 2001, according to the Post, when she was a model who was featured in Sports Illustrated‘s swimsuit issue and dating then-businessman Donald Trump.

That year, only five people from Slovenia, Melania Trump’s home, were issued green cards as part of the EB-1 program, according to the Post.

The First Lady’s attorney, Michael Wildes, told the newspaper that she was “more than amply qualified and solidly eligible” to receive a green card as part of the program.

To obtain a green card through the program, applicants must prove several things including: commercial successes in the performing arts, work displayed at artistic exhibitions, and original contributions to a particular field, the newspaper reported.