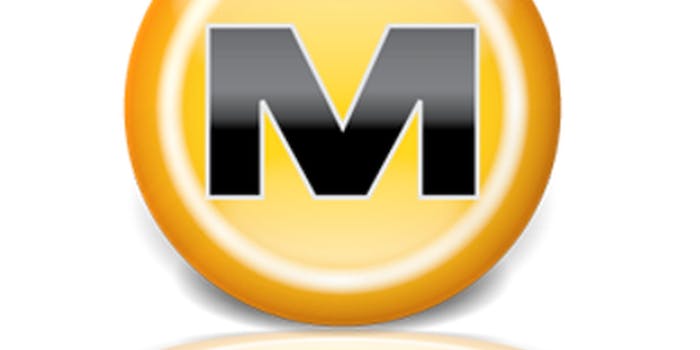 Opponents of draconian antipiracy laws have their first martyr.

Megaupload.com, one of the world’s most popular file-sharing websites, has just shut down—and with it, opponents of new antipiracy legislation have their first martyr.

The Associated Press reported that the Department of Justice had indicted company workers for violating piracy laws. Copyright holders like Universal Music Group and members of the Motion Picture Association of America  accused the site of costing them more than $500 million in lost revenue by providing a haven for pirated movies, television shows and music.

As of late Thursday evening, however, there were two new wrinkles to the story: Members of the hacker collective Anonymous claimed they attacked several sites in retaliation for taking down Megaupload.

And later in the evening, people started spreading the word via Twitter that Megaupload was back. Those who clicked on the link, however, shouldn’t have, according to Gawker. “Anonymous members are distributing a link that ropes internet users into an illegal DDoS attack against these websites simply by clicking it,” Gawker wrote.

Megaupload.com still remained inaccessible. The shutdown comes at a critical moment as the US Congress debates new regulations to control online piracy of copyrighted material. Yesterday, major Internet companies blacked out all or part of their sites to protest SOPA and PIPA, two pieces of proposed legislation that would give copyright holders and the government broad powers to crack down on sites which in their view, facilitate illegal file sharing.

Both opponents and supporters of SOPA will likely seize on the Megaupload case to further their points. SOPA opponents can argue that Megaupload’s shutdown shows that existing laws give copyright holders enough tools to protect their intellectual property. Supporters of antipiracy legislation will point to Megaupload as an example of large-scale piracy happening online that could have been stopped sooner with broader laws.

Most controversially, Megaupload posted a music video to YouTube showing support from several musicians. Universal, claiming that the video violated its exclusive rights with some of the musicians featured, asked YouTube to take it down, and the Google subsidiary, which has a number of business dealings with Universal, complied.

That takedown—which in some people’s view amounted to Universal censoring stars like Alicia Keys and Kanye West from expressing their support for the site—helped stoke opposition to SOPA. Such questionable takedowns, SOPA critics said, would be even easier to accomplish if that bill became law.

Four company officials were arrested in New Zealand today at the request of US officials. The Hong Kong-based company lists Swizz Beatz, who is Keys’s husband, as CEO. (The case was originally brought in Virginia because the company has servers in that state.)

Quantcast estimates that more than 1.5 million visitors from the United States accessed Megaupload.com every month.

Many Twitter users are tweeting their dismay. According to Topsy, “megaupload” has been mentioned more than 25,000 times in the past hour.

Bjorn Seigers tweeted “Sad day on the Internet” and Christian Sweda tweeted “I am genuinely upset about megaupload.com being shut down.”

@lalalatilly tweeted a mock eulogy: “RIP MEGAUPLOAD YOU WERE A GOOD FRIEND TO US ALL.”