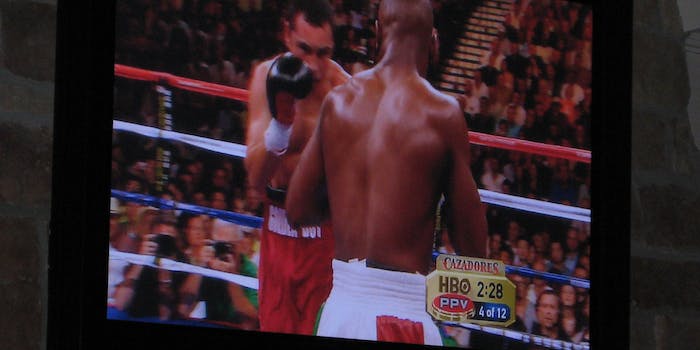 Once again, online piracy gets knocked down, gets back up again.

As technical problems and high costs kept some people from watching the biggest boxing matchup of the decade on Saturday, untold numbers of people watched the fight illegally online.

Make no mistake: The big players in the fight still got rich. Winner Floyd Mayweather earned an estimated $180 million, and “loser” by decision Manny Pacquiao not a whole lot less. The entire night was projected to make about $500 million in revenue, and that’s thanks in large part to enormous pay-per-view costs: The match sold for a record $100 per household in the U.S.; a projected $300 million came from worldwide home PPV alone.

But that high price tag wasn’t enough to buy good service. Users across the country complained of outages on Americans’ favorite service providers to hate: Comcast, Time Warner, and Verizon.

Practically every televised sporting event winds up on some pirated stream or another, but Mayweather vs. Pacquiao was no ordinary fight. This would obviously be a problem. Even Saturday Night Live’s opening sketch riffed on pirated sites. So promoters took the reportedly unprecedented legal step of “pre-suing” sites that may host the fight. The Electronic Frontier Foundation called this exploiting an “abused loophole” in copyright law.

One New Yorker projected the fight on a building. The real winner Saturday night, though, was livestreaming services, where a few users created livestreams of their TV screens anybody who didn’t or couldn’t pay for the fight could watch. Twitch users did it. Meerkat users did it. And Periscope users did it. 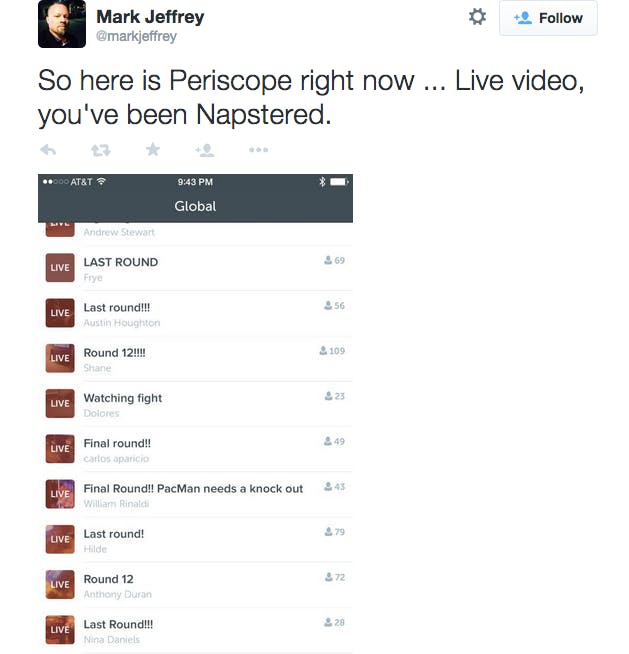 As Mashable’s Christina Warren reported, at least one Periscope stream had more than 10,000 viewers. Like life, piracy always finds a way.