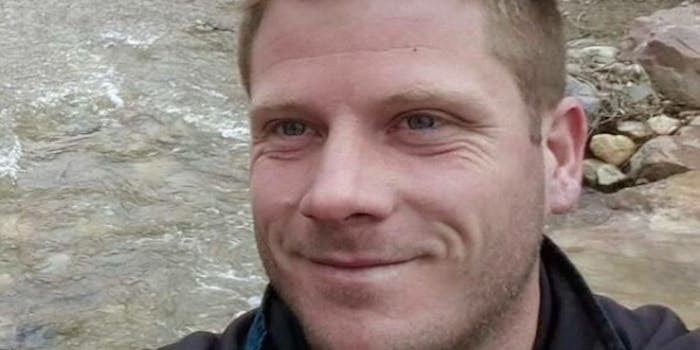 A noble mission—but is it the best way to help?

As international governments come together to try to stamp out the Islamic State, one former United States Marine has decided to take matters into his own hands: by setting up a Gofundme page so that he can head to northern Iraq and “hunt ISIS.”

Philip Aaron Bonnie, a 26-year-old former Marine who was a member of the 2nd battalion of the 6th Marines, according to his GoFundMe bio, launched a fundraiser Monday titled “I.S.I.S. Hunting Permit.”

“I’m tired of hearing about true evil without making a difference and fighting against it. It’s the right thing to do,” Bonnie writes on the campaign page. He aims to raise $7,000 to fund the costs of his plane fare to Northern Iraq and the gear required for the operation. As Bonnie—who says he worked as a military contractor in Afghanistan, Iraq, and Africa, after completing his service as a Marine in Iraq—put it on his GoFundMe page:

“I believe that the innocent have a right to survive. I saw the tyrannical thumb dictating through fear while I was in the marines in Fallujah for the surge with 2/6 weapons company and even more so while I was a military contractor back in Iraq, Afghanistan, and Africa. I believe that people from all races, all nationalities, have a right for freedom, a right to dictate their own lives ,a right to live without fear, a right to not be subjugated to the iron rule of sharia if they choose not to. I believe in the humanity of mankind to fight against oppression and torture; both mentally and physically. I believe in the right to choose. With all my heart, I swear, I will make a difference.”

But while the idea of a freedom-loving Marine shipping off cowboy-style to Iraq to fight the bad guys sounds like the sort of Quixotic quest Clint Eastwood movies are made of, the young University of Arizona graduate isn’t just grabbing guns and dropping into the action for one-on-one combat. As he shared on his Facebook page a week and a half ago, Bonnie was accepted into a Kurdistan volunteer army and will be fighting alongside the Peshmerga, Iraqi Kurdistan’s military force that’s been combatting the Islamic State in the Middle East.

Though Bonnie’s mission is noble, support is split on whether international volunteer soldiers do more good than harm by signing up for volunteer armies. While American media has extolled the good that the roughly 100 volunteer soldiers have been providing to the Kurdish militia (primarily by interviewing soldiers themselves who have gone over from America to Iraq to fight), Kurdish officials have been more hesitant. As Kurdish news outlet Rudaw first reported, Kurdish militia officials have been turning away volunteer international militia members, stating that the Peshmerga are in more desperate need of weaponry rather than manpower and citing the liabilities in accepting volunteer aid.

As the Ministry of Peshmerga spokesman Helgurd Hekmat told Rudaw in February, both tradition and Kurdish law technically do not allow foreigners to fight on the front lines. “The Peshmerga is a professional fighting force,” said Hekmat. “Just last week, an American man arrived wanting to volunteer. I couldn’t help him. Yes, they are volunteers, but we have to guarantee their lives, and we can’t do that.”

Iraqi Kurdistan president Massoud Barzani echoed the same sentiments in an interview with international news org i24 Monday, telling reporters that what the Peshmerga needed the most was equipment to help them carry out ground operations, rather than volunteer militia boots on the ground.

Bonnie, however, remains undeterred, and he plans to travel to the region by July 14. At press, his GoFundMe page has raised about $550 of his $7,000 goal.