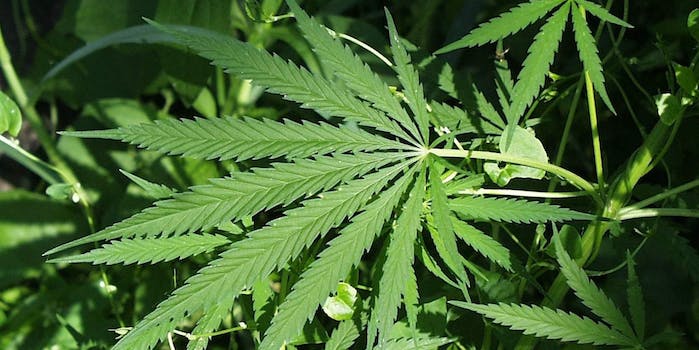 It used to be called a "deadly menace."

Marijuana is even safer than previously thought, especially when compared with other drugs like alcohol, according to new scientific research. The study was published in the journal Scientific Reports just one day before Alaska became the became the third state in the U.S. to legalize pot.

Alcohol is more deadly than heroin and cocaine, researchers found, and marijuana is “by a wide margin” the “least risky” recreational drug.

The findings don’t quite match up with federal law, which still classifies marijuana as a Schedule I drug on par with heroin.

The study’s finally tally: Weed is 114 times less deadly than alcohol and the only drug in the study that posed a low risk of death.

The new findings may not be much of a surprise to those following the pot debate, but, not too long ago, marijuana was called a “deadly menace,” exactly the opposite of what today’s science says.

Marijuana became illegal a century ago when white Americans were told that Mexicans, blacks, asians, sexual deviants, the mentally ill, and underclass criminals used the drug dangerously and to the detriment of the United States.

The 1937 film Reefer Madness, now a cult classic, was released as anti-marijuana propaganda.

Alaska isn’t buying what Reefer Madness is selling. Under the law that just took effect, adults can smoke weed and grow up to six plants at home.

Alaska’s entry into the world of legal marijuana means that one of the world’s most famous strains of cannabis—Alaska Thunder Fuck, a highly potent strain grown in Alaska’s Matanuska Valley—may become more widely available around the country.

“For the people of Alaska, it’s a day where all of this ‘Is it legal?’ or ‘Isn’t it legal?’ is straightened out,” Cynthia Franklin, director of the state’s liquor control board, told Time magazine. “It’s really just the beginning for us.”