A drunken mob attacked a synagogue and filmed the whole thing

People outside were heard shouting, "Kill the Jews."

Six people have been arrested after an attack on a synagogue in Stamford Hill, London.

Early Sunday morning, a mob of around 20 people tried to break into the synagogue. The invasion was filmed from inside the building. The video, which has been blurred for reasons of anonymity, shows several men and women forcing their way through the doors and breaking a window. People outside were heard shouting, “Kill the Jews.” One of the men defending the synagogue was punched in the face.

A local Jewish man, Meir Taub, told the Telegraph, “The number of these incidents has increased in the past few months, since before Charlie Hebdo. We’re stepping up patrols and working with the police.” These patrols are made up of Jewish volunteers who act as a kind of neighborhood watch. Taub, one of the first people called to the scene before the police arrived, described the attack as “blatantly anti-Semitic.”

A representative from the London Metropolitan police said that the incident is being treated as anti-semitic, but “there is no suggestion that this was a far-right or extremist attack but rather the completely unacceptable actions of a drunken group.”

However, the break-in coincided with a neo-Nazi rally planned in the same neighborhood. Last month, the prominent English fascist Joshua Bonehill announced a protest to “liberate Stamford Hill” from what he described as the “Jewish menace.” The event was planned for March 22, the same day as the eventual attack. 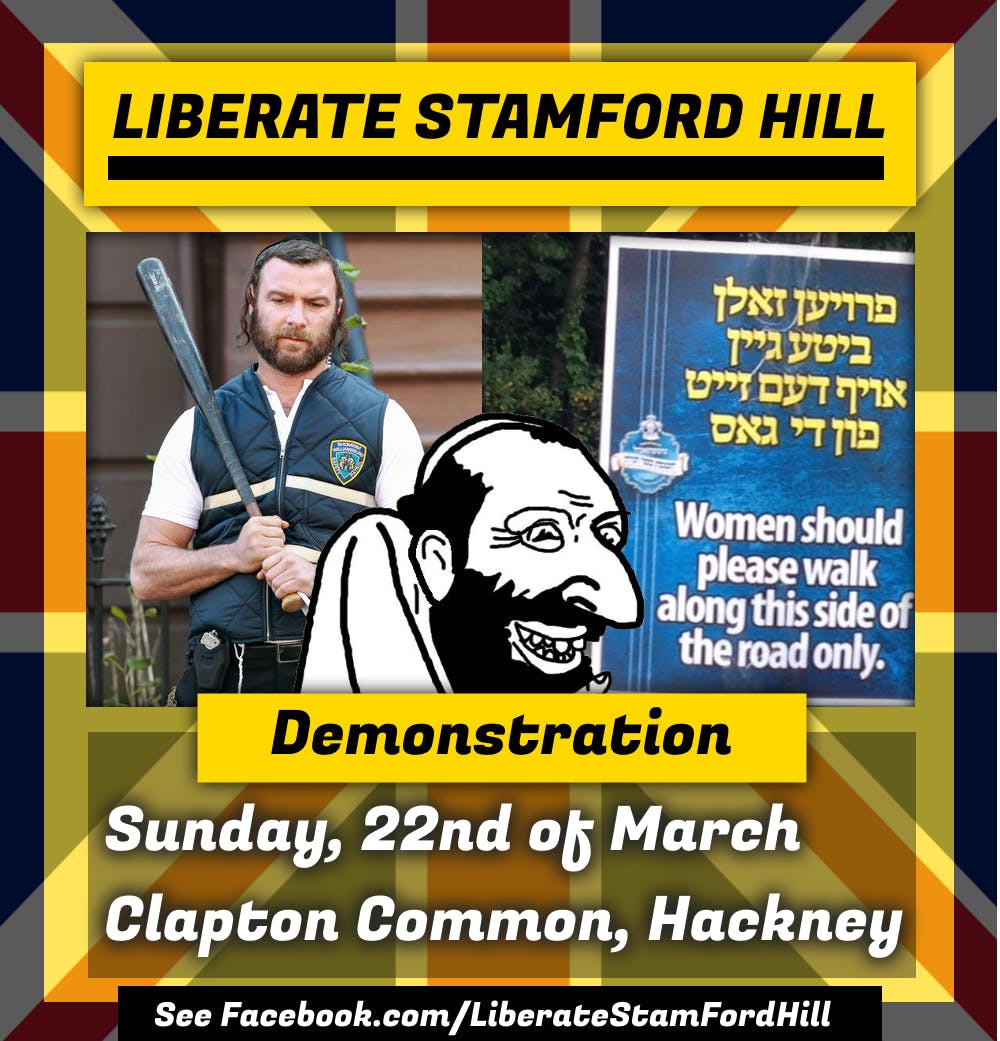 The rally’s announcement resulted in backlash from anti-fascist campaigners across the U.K., and Bonehill ended up postponing it due to the lack of “responsible organizers.” Still, that didn’t stop him from congratulating the people who attacked the synagogue this weekend, describing the night as “a triumphant victory for the White Man.”

If these claims are true, the attack was likely linked to an extremist group, even if it wasn’t necessarily premeditated.