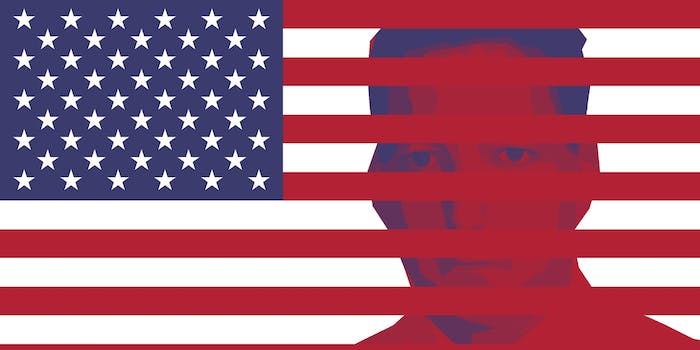 Glenn Greenwald to publish list of people spied on by the U.S.

This could be the biggest revelation yet.

Glenn Greenwald, the lead reporter behind explosive revelations about the American Government’s vast and secretive surveillance apparatus, has announced he intends to reveal exactly who the National Security Agency (NSA) has been spying on.

The lawyer-turned-journalist was approached by whistleblower Edward Snowden with a vast trove of top secret documents last year, detailing exactly how the U.S. government is surveilling millions of innocent Americans, is tapping German President Angela Merkel’s phone, and is recording virtually every single phone call in Afghanistan and the Bahamas, along with numerous other stories. Reporting on the leaks—as well as on Edward Snowden himself, who is currently in exile in Russia—has frequently made international headlines and prompted a global debate over the acceptable limits of government surveillance.

Aside from a few, specific revelations (like Merkel’s phone-tapping), the debate has so far been largely theoretical. Now Greenwald intends to change that, and says he will explicitly reveal a list of who has been subjected to this government surveillance.

“One of the big questions when it comes to domestic spying is, ‘Who have been the NSA’s specific targets?’ Are they political critics and dissidents and activists? Are they genuinely people we’d regard as terrorists?” Greenwald is quoted as saying by the Washington Post, “What are the metrics and calculations that go into choosing those targets and what is done with the surveillance that is conducted? Those are the kind of questions I want to still answer.”

Earlier this week, whistleblowing website WikiLeaks caused a furore by revealing that secretive U.S. programs were intercepting and storing almost every phone call made in Afghanistan. Whilst Greenwald had previously reported on this program, he had declined to disclose that it was Afghanistan being surveilled due to concerns that doing so would lead to “deaths.”

It remains unclear how WikiLeaks got a hold of the information—or, indeed, whether they are correct—as the entire trove of documents was believed to be held exclusively by Greenwald and filmmaker Laura Poitras at The Intercept, a new investigative news venture backed by eBay billionaire Pierre Omidyar.