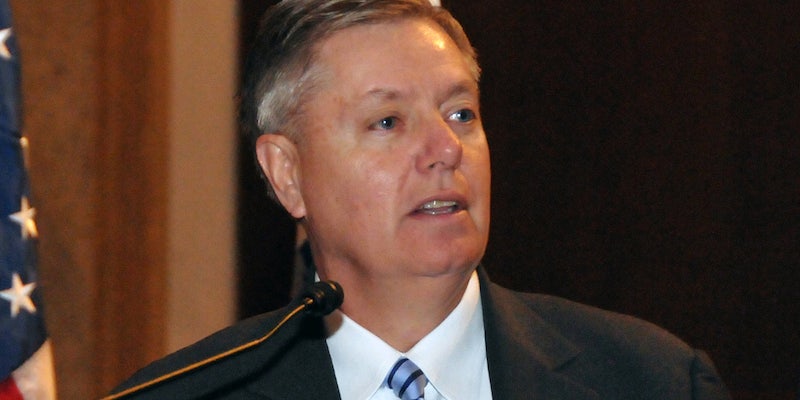 This is not the best way to prove your expertise on emails.

The worst possible sentence from a sitting politician who wanted to evoke technological authority came from Sen. Lindsey Graham (R-S.C.) on Sunday, who said he’s never sent an email.

That’s right. The 59-year-old Graham, one of the nine members on the Senate Subcommittee on Privacy, Technology and the Law, admitted Sunday that “I don’t email.”

Graham was a guest on NBC’s Meet the Press, criticizing likely presidential candidate Hillary Clinton’s Secretary of State tenure. In apparent contrast to the Federal Records Act, Clinton not only didn’t use her .gov email address to conduct State Department business, she paid for her own server and accounts for her staff, meaning they weren’t transparently stored in government servers. She’s since received a congressional subpoena over those emails.

If Graham was trying to pile on the criticism of Clinton, though, he may have failed spectacularly, diverting attention to himself instead.

“You can have every email I’ve ever sent. I’ve never sent one,” he told NBC’s Chuck Todd. “I don’t know what that makes me.”

In the words of Rep. Justin Amash (R-Mich.), who regularly uses social media to interact with his constituents:

Disqualified. RT @mmurraypolitics: Lindsey Graham tells @chucktodd he has never a sent an email — either personal or gov acct