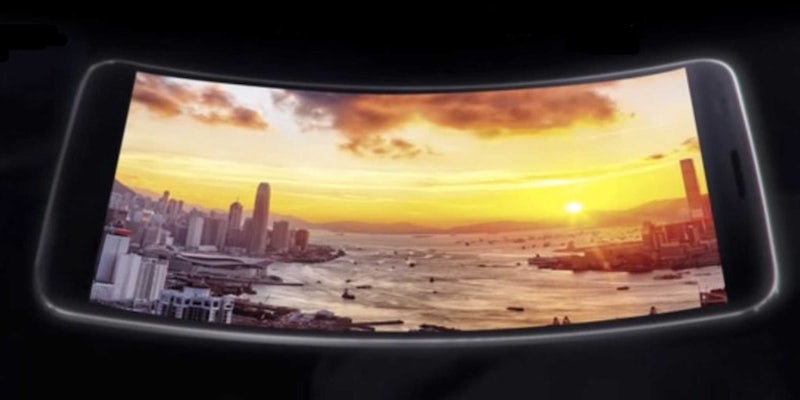 LG loves the iPhone just as much as the rest of us.

By now, everyone’s heard of the iPhone 6 and its supposed vulnerability to tight jeans, and that includes Apple’s competitors. As they so frequently do, many are taking an opportunity to have some fun at Apple’s expense, including LG, makers of the deliberatly curved LG G Flex. Unfortunately, they also accidentally revealed that they love the iPhone just as much as the rest of us.

In a tweet posted by LG France, the company pokes fun at the iPhone 6, saying “Our phones don’t bend, they are naturally curved” in French, along with the hashtag #bendgate and a photo of the LG G Flex. 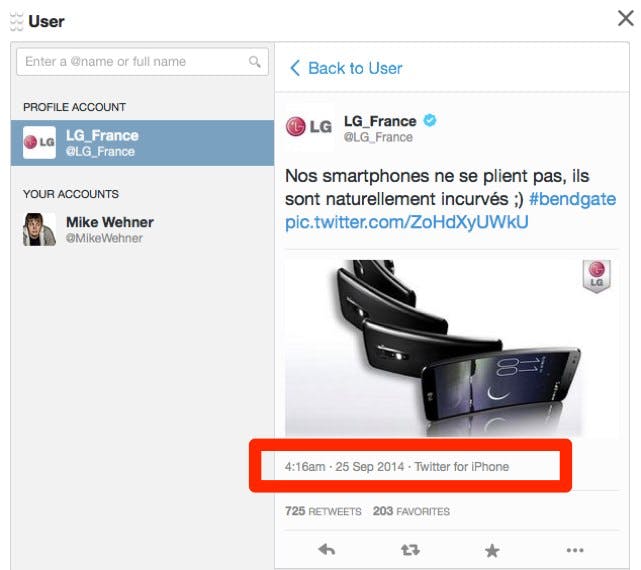 What LG seems unaware of is that TweetDeck, a powerful Twitter app for Windows and OS X, displays what device was used to post any given tweet, and LG’s oh-so-funny joke was posted with—you guessed it—an iPhone.

There’s no way of knowing exactly what version of the iPhone was used, so it doesn’t necessarily mean that the company’s social media team is using Apple’s newest hardware, but it’s clear that they’re not fond enough of LG’s own hardware to bother using it for work.