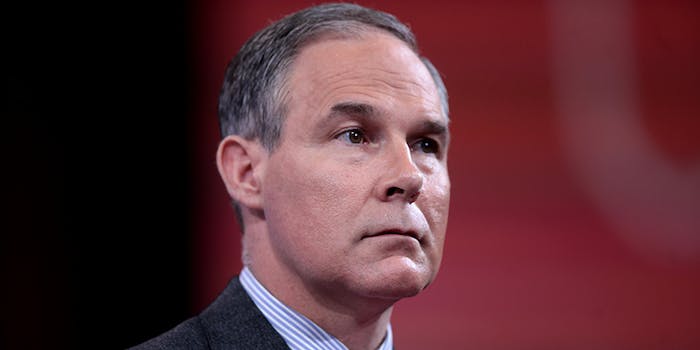 The talking points contradict the agency's own research.

The email was sent on behalf of Joel Scheraga, the senior advisor for climate adaptation, under the subject line “Consistent Messages on Climate Adaptation.”

The memo drew controversy for two main talking points, which blatantly contradict the agency’s own former website on climate science and a federal climate report that had input from EPA scientists.

“Human activity impacts our changing climate in some manner. The ability to measure with precision the degree and extent of that impact, and what to do about it, are subject to continuing debate and dialogue.

While there has been extensive research and a host of published reports on climate change, clear gaps remain including our understanding of the role of human activity and what we can do about it.”

Although the EPA confirmed the email, a spokeswoman for the agency told the Huffington Post that it was not “an official memo” and denied the characterization of its wording.

“Implying we are telling people to downplay climate change is a gross over misrepresentation of the facts,” spokeswoman Liz Bowman said.