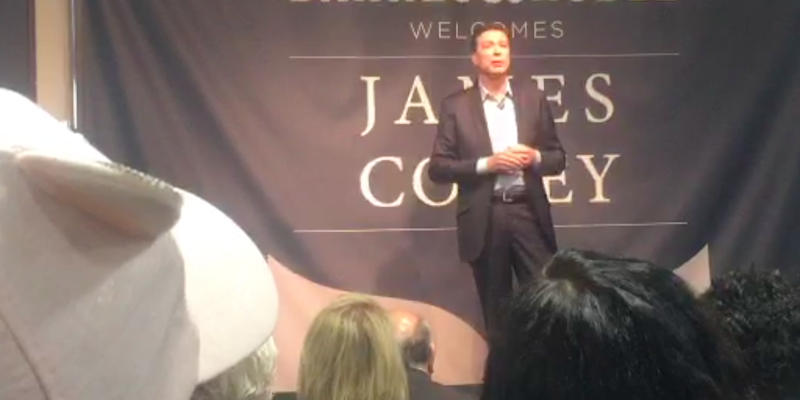 Laura Loomer is at it again.

Laura Loomer, who has made a name for herself with viral, conservative-themed stunts, was kicked out of former FBI director James Comey‘s book signing yesterday in New York, after haranguing him with questions.

Loomer, who previously crashed a Shakespeare in the Park play in New York, shouted at Comey, demanding to know why he didn’t “disclose to President Trump that his opposition paid for the [Christopher Steele] dossier?” a sticking point that conservatives say proves bias in the FBI.

Loomer was escorted out as the audience turned and booed her.

But much like the performance at Shakespeare, which some considered a ridiculous stunt, confronting Comey endeared her to conservatives as another thorough owning of the libs.

He looked like a deer in the headlights. https://t.co/YaArLG65xR