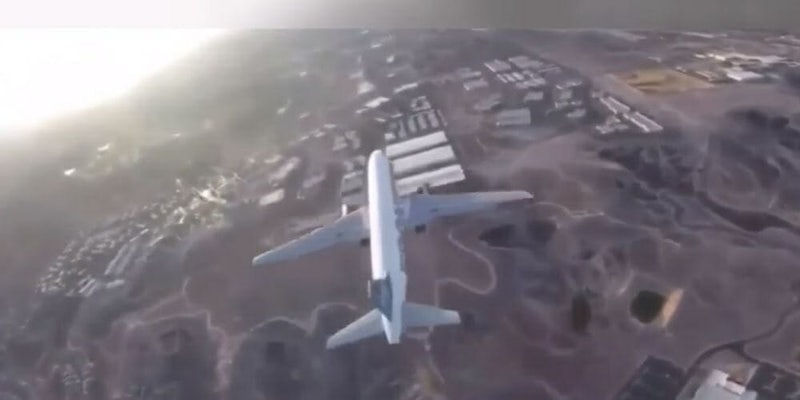 Drone captures itself flying within feet of landing airplane

Penalties for unsafe flying could include up to a $250,000 fine.

The Federal Aviation Administration (FAA) is investigating an incident caught by a drone at McCarran International Airport in Las Vegas, showing the drone flying precariously close to a landing airplane.

The footage, uploaded to social media, shows the drone taking off from Whitney Park, a little more five miles away from the airport, but doesn’t detail when the incident happened. The video shows the drone hovering above the park with the plane flying in from the far foreground. When the drone turns around, it’s hovering right above the plane.

“We became aware of this incident this afternoon and we are investigating,” Ian Gregor from the FAA told CBS affiliate Las Vegas Now.

Several drone organizations have spoken out about the incident, including Drone U and the Academy of Model Aeronautics, saying they condemn the manner in which the drone was flown.

Watch the plane flying under the drove below: