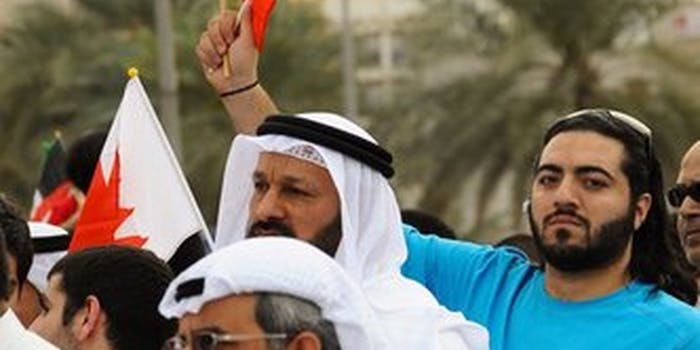 The three men were arrested for views expressed on social networks by a government that has a history of stifling free expression.

In 2007, Bashar Al-Sayegh (@balsayegh) a Kuwaiti journalist, was detained and held for four days by the State Security Police for a post written in a forum that he monitored called AlOmmah.org.

It was not clear exactly when the most recent arrests occurred, or how long the three men were detained. Nasser Abul (@NasserAbuL) was arrested for posting “insulting tweets of the Sunni sect and severe criticism and insults to the Saudi and Bahraini regimes for their stand against the Bahraini protests,” according to Global Voices Advocacy, a group which promotes free speech online.

Kuwaiti officials also detained Mubarak Al-Bathali (@mubaark), “who has been previously linked with Al-Qaeda and of fundraising money and recruiting men for them through his speeches and visits to different mosques years ago,” according to Global Voices.

Lawrence Al-Rishidi was detained for allegedly insulting the Kuwaiti Amir in a YouTube video, which is no longer available online.

The arrests did not, however, draw much outrage from online communities or free speech activists. Most of the online comments, according to a Kurrently search, were limited to simple Tweets and Facebook posts of a ReadWriteWeb account of the arrests.

About 1.1 million of Kuwait’s 2.8 million residents have Internet access, according to Internet World Stats. In the past, the Kuwaiti government has blocked access to certain Web sites in a reported effort to block piracy.

While Al-Bathali’s Twitter page was last updated a week ago, Abul has not posted since June 7. It’s not clear which specific posts the men were questioned about. Abul was reportedly arrested after Salafi Parliament member Walid Al-Tabtabai (@Altabtabie) posted screenshots of his Twitter page and demanded he be arrested.