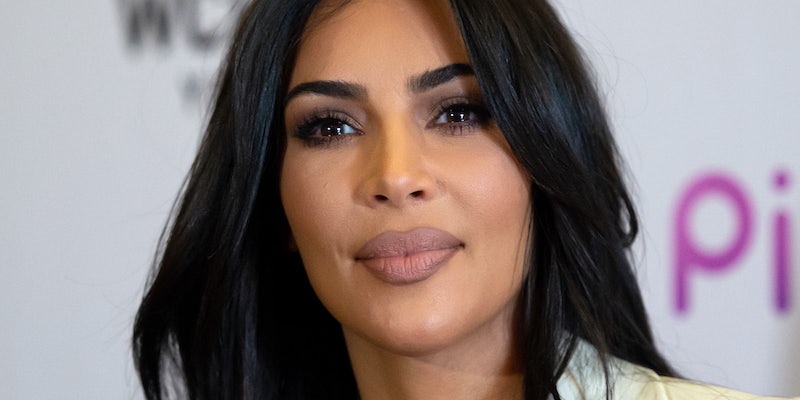 The feds are keeping up with the Kardashians

On Monday, the Securities and Exchange Commission announced Kim Kardashian agreed to pay $1.26 million to settle a suit against her for failing to disclose that she was paid to promote a cryptocurrency coin.

Under the terms of the settlement, Kardashian also agreed not to promote crypto for three years. Kardashian reportedly didn’t admit or deny the Securities Exchange Commission’s (SEC) findings. According to a release, she is cooperating with the SEC’s ongoing investigation into the coin.

Kardashian posted the promotion for EthereumMax on Instagram last June. The post didn’t disclose that she was paid $250,000 to promote the coins.

“Are you into crypto??? This is not financial advice but sharing what my friends just told me about the EthereumMax token,” Kardashian wrote.

She also shared a link to the EthereumMax website and details on how to buy EMAX tokens. While the post did include the “#ad” tag, the Securities Act requires a person to disclose if they’re being paid by a financial asset they tout.

Kardashian’s Instagram post was almost immediately met with criticism from people in the financial regulation sector. A United Kingdom-based financial watchdog called her out for the post last year.

Earlier this year, investors filed a class action suit against Kardashian, boxer Floyd Mayweather Jr. and former National Basketball Association star Paul Pierce, claiming that they artificially inflated the value of EtheruemMax by promoting it on social media. The case is ongoing.

Some have called the coin a “scam” and described it as a “pump and dump” scheme.

EthereumMax has denied any wrongdoing. “This project has prided itself on being one of the most transparent and communicative projects in the cryptocurrency space,” a spokesperson told CNBC earlier this year. “We dispute the allegations and look forward to the truth coming out.”

SEC Chair Gary Gensler said Kardashian’s fine should be a reminder to all celebrities about their duty to disclose when they’re being paid to promote securities.

“When celebrities or influencers endorse investment opportunities, including crypto asset securities, it doesn’t mean that those investment products are right for all investors,” he said in the release. “We encourage investors to consider an investment’s potential risks and opportunities in light of their own financial goals.”

It remains to be seen whether the SEC will fine Pierce or Mayweather for their involvement in EthereumMax. The commission beefed up its crypto securities team earlier this year, a possible signal of continued regulation and crackdowns.