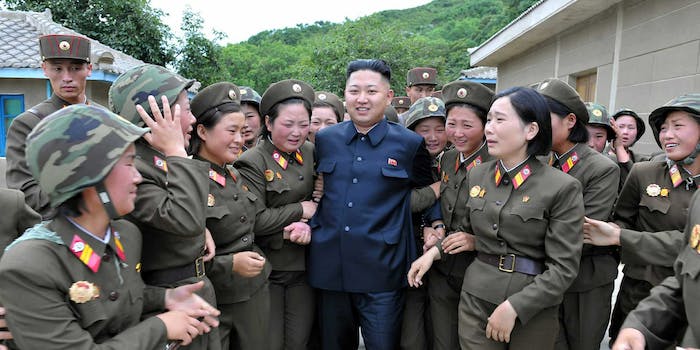 Kim Jong Un is on the offensive, and the North Korean leader is not backing down from a war of words with the American president.

“I will surely and definitely tame the mentally deranged U.S. dotard with fire,” Kim told his people Thursday in a televised state address. And with that the viral political lexicon gained “dotard,” a new trending slang term the likes of which we haven’t seen since “covfefe.”

By making people look up the word #dotard, Kim Jong Un has done more for American education than Betsy DeVos.

By Thursday evening “dotard” became the top trending item on Twitter in the United States. The word, according to Google, means a senile old person. But Kim’s address took a rushed and bickering tone that followed President Donald Trump‘s speech to the United Nations on Tuesday—one in which Trump threatened to “totally destroy” North Korea if forced to defend the U.S. against the rogue state’s threats.

In a statement, translated via Conflict News, Kim also called the president “unfit to hold the prerogative of supreme command of a country, and he is surely a rogue and a gangster fond of playing with fire, rather than a politician.”

He attacked the president’s lack of “humanity,” and pulled no punches.