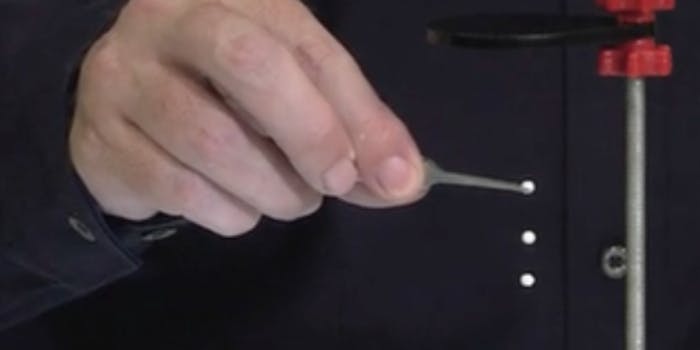 If you remember one thing about the Back to the Future saga, it’s this bad boy:

And one man’s Kickstarter campaign wants to make it a reality. Richard Haberkern—an inventor, cinematographer, and photographer—has created an ultrasonic levitation machine, or what he calls Sonic Levitation. The small device uses sound waves to make objects float, which he says could be a precursor to creating working hoverboards.

In order for this to work, Haberkern used an ultrasonic wave transducer on one end of the device and a reflector on the other, both connected by a pole. As waves are transmitted, they hit the reflector and bounce back, undoing the work of gravity and allowing small objects to float. 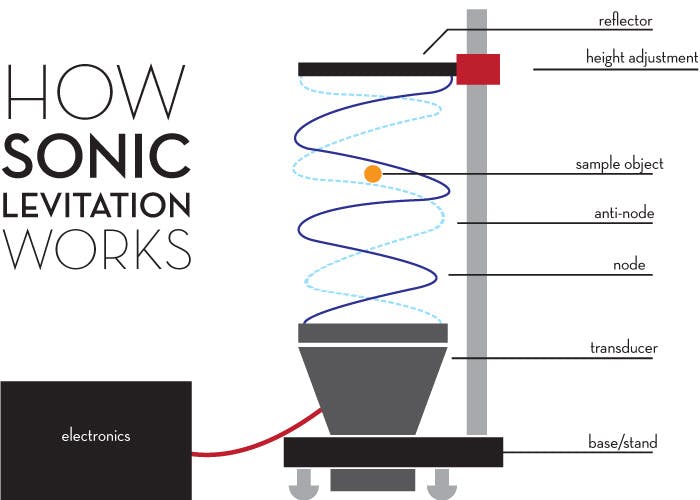 Haberkern suggests you wear earplugs as a precaution when using the device for long periods of time, since the waves are produced at a decibel much higher than that of our daily conversations, or even at a concert. However, the fundraiser page explains users are ultimately safe from the sound waves.

Unlike other gimmicks, creating a working hoverboard seems possible. Haberkern wrote that he’s been working on a prototype, though it’s still far from completion. On his Kickstarter page, he explains that it will take “dozens or hundreds of ultrasonic transducers producing very specific wavelengths and reflected beams at precise distances.”

While we’re only a year away from the date that Marty McFly traveled through time to, Haberkern’s device reveals that viable hoverboard technology for humans is still at least a few years away. (FYI, the pink hoverboard McFly used in the movie will be up for auction later this year.)

Haberkern has already gotten three other Kickstarter projects funded, which include parametric speakers that can only be heard by a person standing in front of them. He’s also working on a GPS device that tracks where a person has been. He says the Sound Levitation fundraiser is the first of a series that will teach backers and the products’ users “the science needed to develop [their] own technologies in a particular field of interest.”

The Sonic Levitation Kickstarter reached its $10,000 goal in less than a week. At the time of publication, the project has garnered 173 backers and a total of $20,382 with 51 days to go until its Oct. 10 end date. Different funding levels reward donors with the various supplies they need to make it themselves.