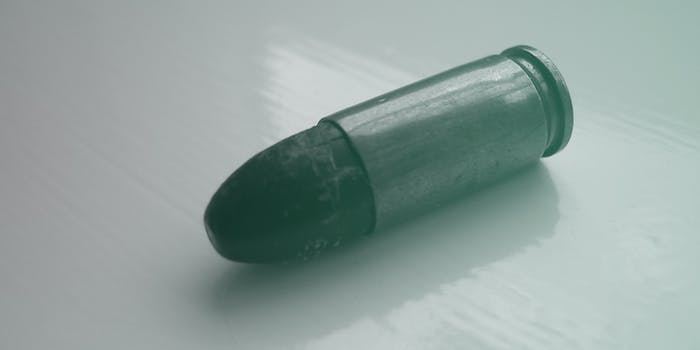 He passed a background check, according to Uber.

A suspect is in custody after a series of shootings in Kalamazoo, Michigan, Saturday night left six people dead and two people injured, and new information about the alleged shooter is emerging as authorities attempt to piece together what happened.

The suspected shooter, 45-year-old Jason Brian Dalton, is in custody but has yet to be charged. According to WOOD Executive Producer of News and Events Luke Spier, Dalton worked as an Uber driver and dropped off passengers during the shootings.

Uber, which has come under fire for its background check policies and a history of drivers harassing customers, confirmed to ABC that Dalton was an Uber driver and had passed a background check.

Uber confirms to ABC that Kalamazoo suspect Jason Dalton was a driver for Uber. He had passed a background check.

“We are horrified and heartbroken at the senseless violence in Kalamazoo, Michigan,” Joe Sullivan, Uber’s chief security officer, said in a statement to the Daily Dot. “Our hearts and prayers are with the victims of this devastating crime and those recovering from injuries. We are reaching out to the police to help with their investigation in any way that we can.”

People also shared a screenshot of a Facebook post from Saturday, timestamped shortly before the shootings began around 6pm ET, which described a terrifying Uber experience. According to a post from Mackenzie Waite, her fiancé had a ride with a driver named Jason who drove erratically, swerved in and out of traffic, and refused to let the passenger out of the car.

“911 was called but surprisingly they didn’t seem all that concerned,” Waite wrote.

A Facebook post from 5:30p, shortly before #KalamazooShooting at 6pm. Is this Uber driver the suspect in custody? pic.twitter.com/d7E5my3Fw4

Waite included a photo of the Uber driver, likely from his profile page, which appears to be Dalton.

Photo via William Hook/Flickr (CC BY 2.0) | Remix by Max Fleishman