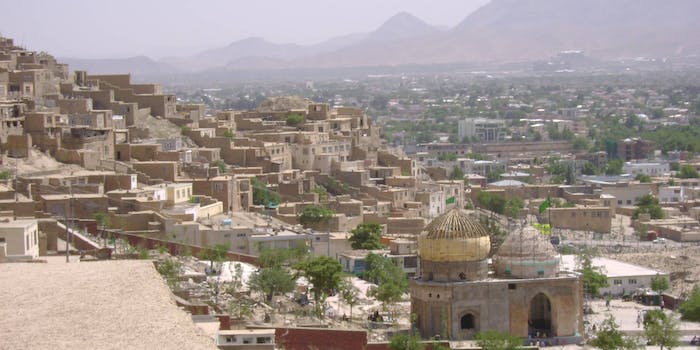 The attack is ISIS's first such incident in Kabul.

At least 61 people were killed and hundreds more were injured from a series of explosions in Afghanistan’s capital city of Kabul on Saturday.

ISIS is claiming responsibility for the blasts, which occurred during a Hazara demonstration near Kabul University and the Parliament building. The explosion can be attributed to two suicide bombers who appeared to be targeting the minority group.

The protestors were reportedly gathered to raise awareness of their plight in Bamyan. A massive power project is set to bypass the central highlands capital city, which is considered a culture hub for the Hazara.

Afghanistan President Ashraf Ghani condemned the attack in a statement released shortly after the incident occurred, as did politicians from neighboring countries.

Pres.@AshrafGhani is deeply grieved by the explosions among protestors today in #Kabul. pic.twitter.com/K5UqvrKMwS

The UN has similarly come out against the attacks, which marks the first such incident ISIS has perpetrated in Kabul. Despite its significance, some feel that the world is turning a blind eye to the suicide bombings. Following the incident, many were outraged that Facebook had yet to activate its Safety Check feature.

Trying to reach out to friends via phone, Facebook, Twitter. This is where Facebook's Safety Check would be so helpful.

Dear @facebook could you please turn safety check on for Kabul attack? Their demo was mostly organised through Facebook!

The feature was reportedly activated hours after the incident had occurred.

I can confirm from @facebook users in Afghanistan that it has been activated. #Kabul

Update 5:17pm CT, July 25: In a statement provided to the Daily Dot, a Facebook spokesperson confirmed the activation of Safety Check and said the company is working to improve the feature’s functionality.

“Community-generated Safety Check was activated Saturday in Kabul. We hope the people in the area find the tool a helpful way to let their friends and family know they are okay,” the spokesperson said. “Last month, we began testing features that allow people to both initiate and share Safety Check on Facebook. Over the last few months, we have improved the launch process to make it easier for our team to activate more frequently and faster, while testing ways to empower people to identify and elevate local crises as well.”