You can hack the ‘Jurassic Park’ security system

Save the day by navigating an outdated, obnoxious file directory.

It’s one of the most intense scenes from one of the most iconic movies of the 1990s, and looking back on it makes the tech world collectively groan. I’m talking about the hilarious hacking scene from the classic Jurassic Park. Now, that amazing two-minute sequence is a full-on puzzle game, and you’re going to want to play it.

In Jurassic Park, Lex Murphy, a 13-year-old self-proclaimed “hacker” (which, at the time, meant you really loved computers, and had no nefarious connotations) saves the day by navigating a strange 3D file browser and launching a program that secures the door locks. What she accomplished was essentially the same thing you do when you dig around on your digital desktop to find your photos from last summer, but it was made all the more dramatic by its 3D presentation.

That 3D file browser actually existed once upon a time, and its portrayal in the movie is fairly accurate. A file directory is laid out like a massive map, and folders contain small square hubs that can be browsed from a top-down angle as though you were flying over them. It’s ridiculously tedious to actually use, but a team of game developers have turned it into a game that lets you be the hacker. 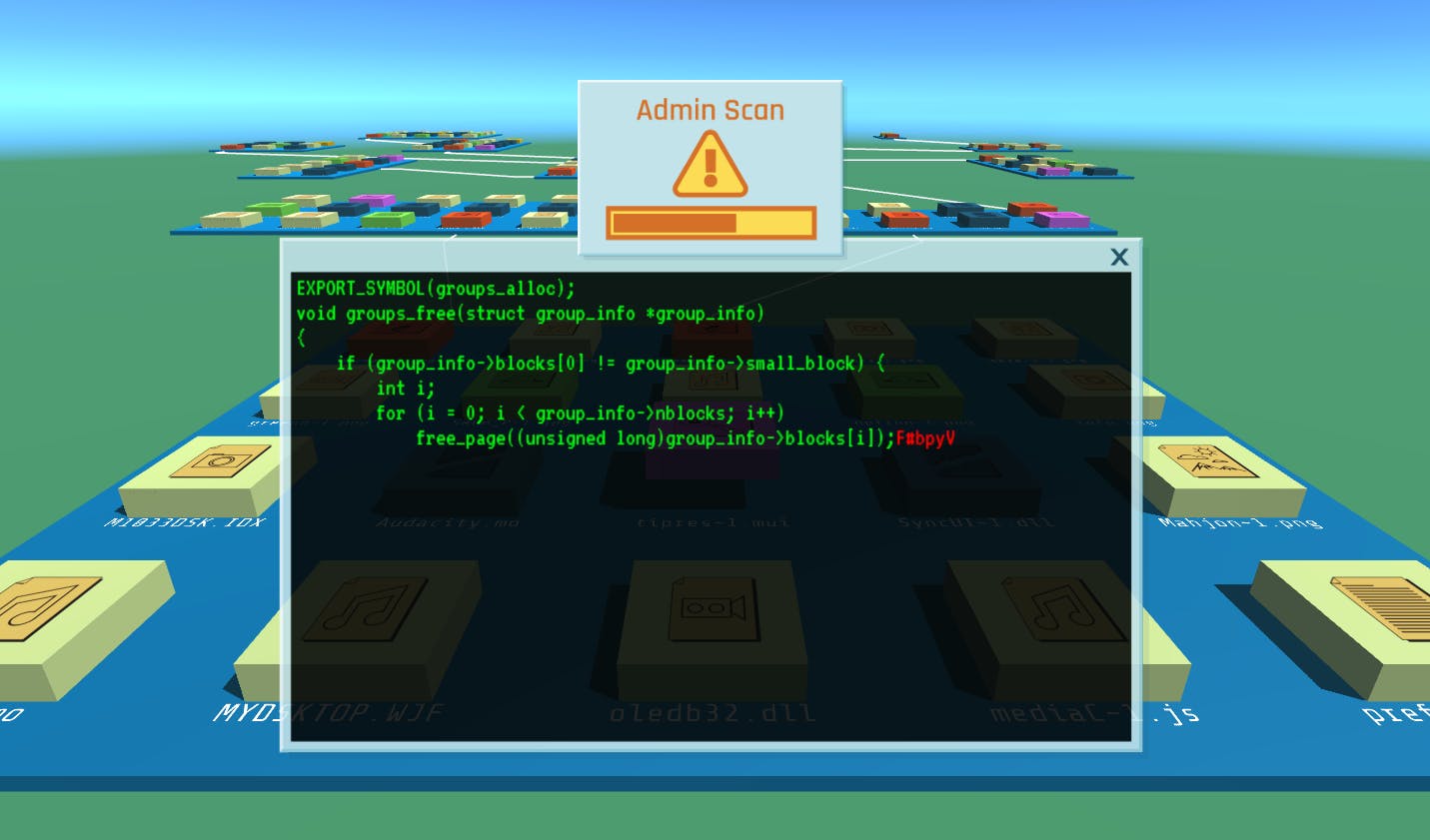 It’s called I Know This, in honor of the scene from Jurassic Park that inspired it. The game plays exactly like you see the in the movie, and the objective is to simply locate a specific executable file. You accomplish this task by finding your way to “Search” icons scattered throughout the file system, and then complete a fast-paced hacking mini-game where you simply mash on your keyboard to create lines of code and delete errors.

Eventually you’re able to locate the correct file, and executing it will present you with a special reward. Don’t worry, I’m definitely not going to spoil that for you here.

The game was built for the Global Game Jam 2015 by Renaud Bédard, Gavin McCarthy, Adam Axbey, and Matthew Simmonds, and you can download it yourself for absolutely free. The game works on Windows, Mac, and Linux, because real hackers need to know their way around every kind of operating system.