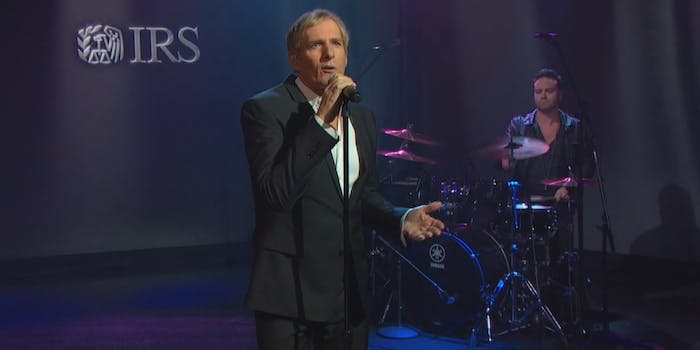 Nobody likes tax collectors—and nobody wants to fund them, either.

Nobody likes paying their taxes, but as Supreme Court justice Oliver Wendell Holmes said, “Taxes are what we pay for civilized society.” Last Week Tonight host John Oliver wants us to know that as much as we demonize the tax collectors at the IRS, their work is important—and it’s getting harder to do.

To offset the boredom that sets in as soon as one uses the acronym “IRS,” Oliver recruited singer Michael Bolton to lay out the agency’s woes in the form of a song.

If this doesn’t galvanize public support for the IRS, we’re not sure what will.