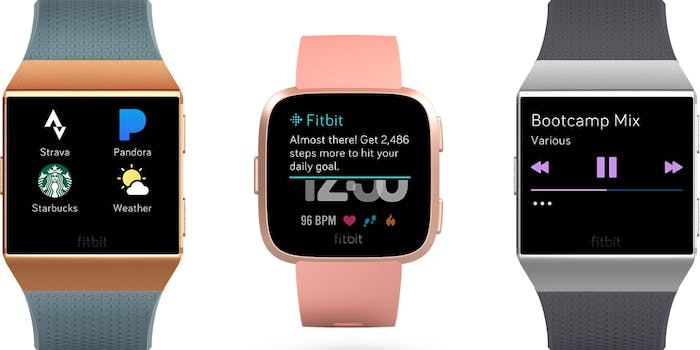 The Vitality program encourages healthier living—and it comes with prizes.

Mainstay insurer John Hancock is pivoting to physical activity through a new policy called Vitality. Also known as “interactive health insurance,” Vitality wants customers to be more active through incentives—and it’s planning to use this model for all future life policies.

The life insurance giant first began this in 2015, and it has grown in popularity throughout Britain and South Africa in the years since. The 156-year-old insurer will not convert existing life insurance policies into the Vitality program until 2019, according to Reuters.

Vitality uses premium discounts and gift cards to encourage users to keep up healthy habits. Using devices like Fitbit or smartphone apps, Vitality tracks the progress of its user’s workouts and eating habits and rewards them for doing well.

On the surface at least, it looks like a win-win scenario. Customers theoretically live longer and healthier lives, and get rewards for doing so, and the company ultimately pays less in policy claims and collects more in premiums—discounted or not.

Vitality customers take twice as many steps as the average American, according to CNBC‘s interview with Marianne Harrison, CEO of John Hancock, which is owned by Canadian insurer Manulife Financial. The company says they can also live between 13 and 20 years longer and have 30 percent lower medical expenses.

“There are a number of ways you can earn rewards throughout this program … whether that’s getting a regular checkup or whether that’s eating healthy or reading news releases that we have in terms of how to eat nutritionally,” Harrison said.

She also addressed concerns about the use of private information gathered through the program.

“We have been in business for over 150 years and we get a lot of very sensitive data—medical data, financial data—on a regular basis. So from a data perspective, we are very careful, obviously, with what we do,” she said.

There are two policy options in place. The more basic of the two allows tracking of activity and food choices on an app or website, with rewards for reaching goals, where a more advanced version offers up to a 15 percent discount on premiums and wearable devices.