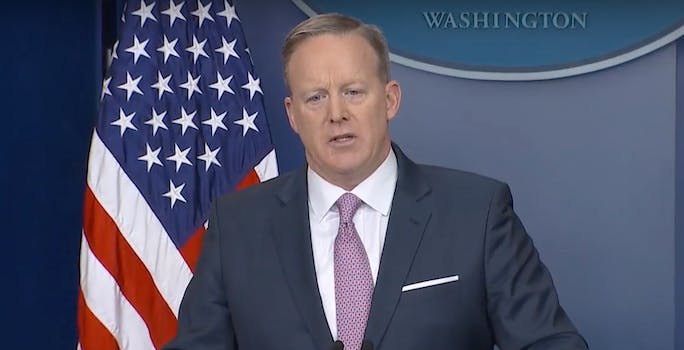 Sean Spicer has a lot going on, to be fair.

President Trump met with Trudeau for the first time earlier Monday to discuss trade and other cross-border efforts.

Spicer’s stumble occurred right before questions erupted regarding the resignation of Michael Flynn, Trump’s national security adviser, who confessed to withholding details of meetings with Russian Ambassador Sergei Kislyak from Vice President Mike Pence, “and others.”

I remember Joe Trudeau. We were in grade school together. Not the sharpest knife in the drawer, but a really decent guy. https://t.co/OVlcovyeJk

Spicer called our Prime Minister “Joe Trudeau” but it’s an improvement over last week when Trump referred to him as “Justin Who?” #cdnpoli

Totally possible the “Joe” was the result of stumble-saying “Ju – Trudeau,” not mistaken identity. But came out Joe.

Now back to Russia