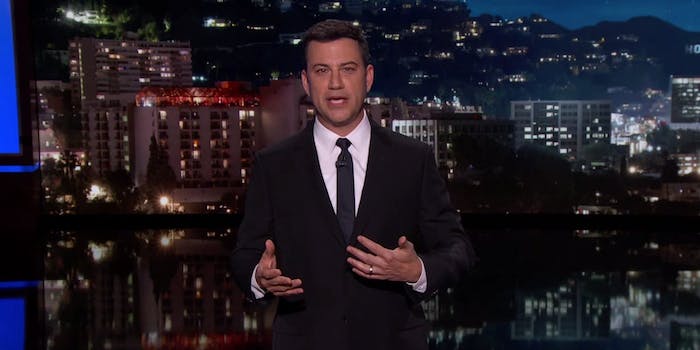 Remembering Cecil the lion, Jimmy Kimmel says what many of us are thinking about hunting

Everyone should listen to what Kimmel has to say.

The Internet is in an uproar after the man who killed Cecil the ion was identified Tuesday, and Jimmy Kimmel was among those devastated by the news.

Kimmel was initially relieved that reports said a Spaniard might have killed Cecil, because that meant that for once, an American didn’t senselessly kill an animal. But then Walter Palmer was named and that relief disappeared.

As Kimmel explained in a touching monologue Tuesday night, he didn’t really understand why Palmer hunted in the first place.

“I’m not against hunting if you’re hunting to eat or keep the animal population healthy, or if it’s part of your culture or something, that’s one thing,” Kimmel said. “But if you’re some a-hole dentist who wants a lion’s head over the fireplace of his man cave so his douchebag buddies can gather around and drink scotch and tell him how awesome he is, that’s vomitous.”

Instead of trying to go on a witch hunt for Palmer, Kimmel suggested we do something good and donate to the research unit that had been studying Cecil.