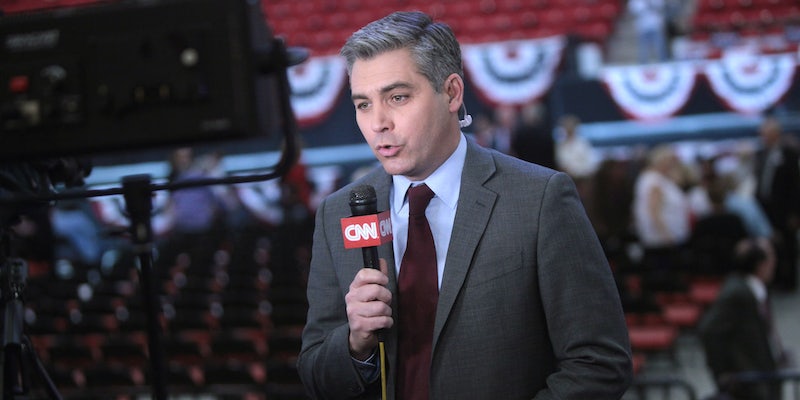 Last night, at a rally in South Carolina, President Donald Trump played one of his favorite hits with his base, calling out the media for being what he believes to be fake news.

“The enemy, the enemy of the people I call ’em,” he said.

Trump’s extended, years-long attack on reporters and networks has seemingly engrained itself in his base, such that his supporters spent time before the rally personally harassing Jim Acosta, a White House reporter with CNN, chanting “Go home, Jim.”

Except that, at the same time, people at the rally asked Acosta for selfies and autographs while he was there.

Acosta has become somewhat of a celebrity in his own right, with several of his exchanges with both Press Secretary Sarah Sanders and her predecessor Sean Spicer going viral.

Acosta also got into it with Stephen Miller over immigration long before the Trump adviser’s “zero tolerance” policy took place.

That Trump’s routine of blasting of Acosta could engender both animosity and adoration makes no sense. Why would someone—who should ostensibly hate Acosta as much as the president does—want to his autograph? It’s incongruous. Who would want a selfie with someone destroying America, or who is a liar hellbent on taking down the president who is doing everything to save this great country?

Maybe it’s because they know that the president attacks are faker than the journalists he has it out for.