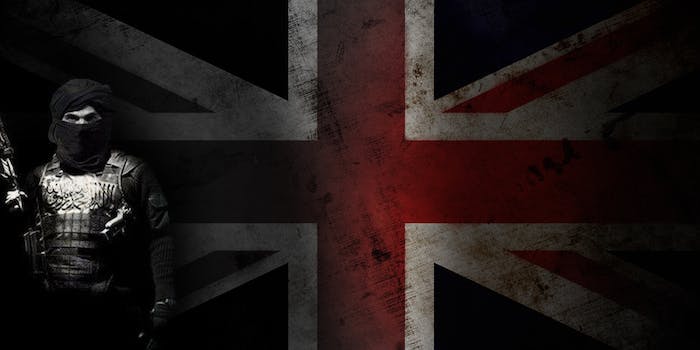 A British man named Mohammed Emwazi may be behind the grisly Islamic State propaganda videos.

The man featured wearing a black mask in Islamic State’s grisly propaganda videos, known to the world only as “Jihadi John,” may have been identified.

Jihadi John is the nickname of an individual seen in the 2014 Islamic State clips depicting the executions of American journalists James Foley and Steven Sotloff and British aid workers David Haines and Alan Henning.

The Washington Post reported on Thursday that Jihadi John had been identified by friends and other familiar sources as a British man named Mohammed Emwazi.

Kuwaiti-born, Emwazi is said to have grown up in West London, the son of prosperous family. According to the Post, he graduated from the University of Westminster with a degree in computer programming.

Asim Qureshi, research director at the rights group, CAGE, claims to have had prior contact with Emwazi and has identified him as Jihadi John. Neither the British government, nor the police would confirm or deny the allegation, however, citing an ongoing anti-terrorism investigation. A spokesperson for the University of Westminster did confirm that Emwazi left the college six years ago.

Friends of Emwazi, who spoke with reporters on the condition of anonymity, said they believe he was radicalized after planning a post-graduation safari trip to Tanzania. Emwazi and two others were reportedly detained by police and subsequently deported after entering the country in May 2009.

In an 2010 article related to the incident, Emwazi was identified by the name Muhammad ibn Muazzam. Both he and a friend claimed that they were held under inhumane conditions for several days by the Tanzanian authorities. After being deported to the Netherlands, the two said they were questioned by MI5 agents, who accused them of having links to Islamic extremists.

“Mohammed was quite incensed by his treatment, that he had been very unfairly treated,” Qureshi said.

Emwazi eventually moved to Kuwait where he took a job at a computer company, the Post reported. But after returning to London, counterterrorism officials prevented him from again leaving the country.

“I feel like a prisoner, only not in a cage, in London,” he allegedly told Qureshi by email. “A person imprisoned & controlled by security service men, stopping me from living my new life in my birthplace & country, Kuwait.”

It’s unknown how or when Emwazi managed to leave the U.K. once more and travel to Syria. According to the Post, however, he contacted his family and at least one of his friends soon after his arrival.

If Emwazi is Jihadi John, then he was also a member of a terrorist cell in 2013, which was responsible for guarding more than 20 Western hostages in Syria. The group was nicknamed “the Beatles” by their captives due to their British accents. The cell members are high-value targets, sought after by both British and American counterterrorism agencies.

John Cantlie, a British citizen and war photographer who was kidnapped with Foley in November 2012, is believed to currently be Jihadi John’s prison.