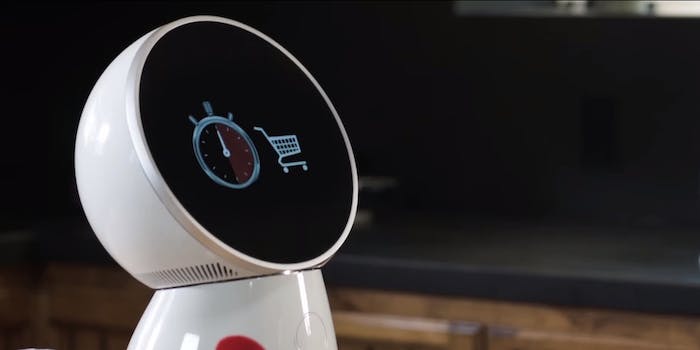 Pretty soon, you can have a sweet, whimsical, showtune-loving android of your very own.

Confession time: I wasn’t a huge fan of WALL-E. I found it slow, and kinda boring, and I was put off by the blatant fat-shaming in the form of the Rascal-bound humans, and I didn’t even think WALL-E himself was that cute. (Though I did appreciate the excellent use of Hello, Dolly! in the score).

But for the vast majority of you who did enjoy WALL-E when it first came out in theaters, and have since been praying for a lovable, whirring, blinking, showtune-loving android of your very own, you’re in luck. There’s currently an Indiegogo campaign for Jibo, an adorable, “family-friendly” robot who’s a dead ringer for the eponymous star’s girlfriend in the movie, EVE.

Created by Dr. Cynthia Breazeal, a social robotics pioneer at MIT, the 11-inch Jibo is being marketed as an AI assistant who can help out with domestic tasks—“the world’s first family-friendly robot.” (Because there are so many non-family-friendly robots running around and slutting it up these days? … Oh, wait, yeah, there actually are).

Jibo is touch-sensitive, has two high-res cameras equipped with video calling and facial recognition technology, and a cloud platform where it stores your family photos. (It also has a head that swivels around so it can record your every waking moment from every possible angle, but of course there’s nothing weird or creepy about that). It’s designed as a platform that can support third-party applications, so the ultimate goal is for Jibo to learn more abilities and skills to help adapt to your family’s specific needs. Jibo will run about $500 per unit.

Through a series of complex algorithms, Jibo picks up on facial and vocal cues and learns your daily schedule, so it can respond better to fit your everyday needs. So, for instance, if you typically take your daughter to swimming practice Tuesday at 4, and one day you forget, Jibo will be there to helpfully remind you.

In this sense, Jibo’s sensitivity makes it ideal for interacting with children, which is why it’s being marketed as an AI babysitter of sorts. And absentee parents, rejoice: Much like the similarly adorable “family-friendly” robot Pepper, whom we wrote about last month, Jibo also comes equipped with a storytelling function, so you can trust him to put your little ones to bed. 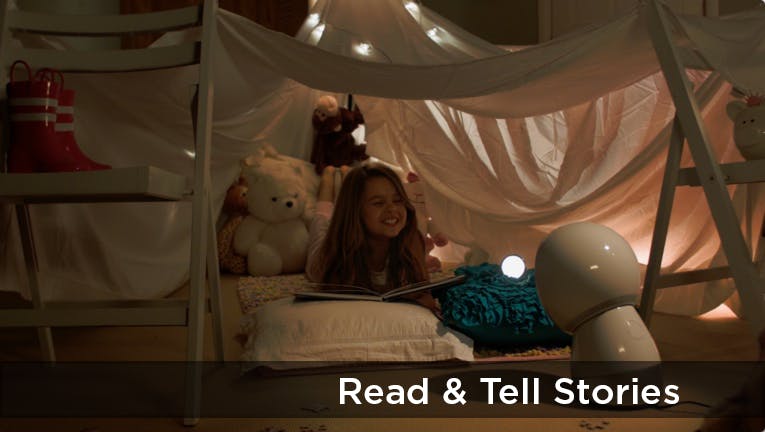 Despite Jibo’s obvious cuteness factor and all the cool things he can do, there’s nonetheless something a little bit unnerving about seeing him in action in the above video, particularly in his friendly interactions with household members. Jibo is so nice and polite and helpful and adorable that the promo comes off sort of like a Saturday Night Live parody, and you half expect him to go rogue and start mixing up all your pills in your cabinet and hitting on your teenage daughter while you sleep.

Still, despite the fact that Jibo is only a prototype, he’s already garnered quite a fan base: He’s raised $444,000 so far, or more than four times the campaign’s original goal. He’s slated for release in September 2015.