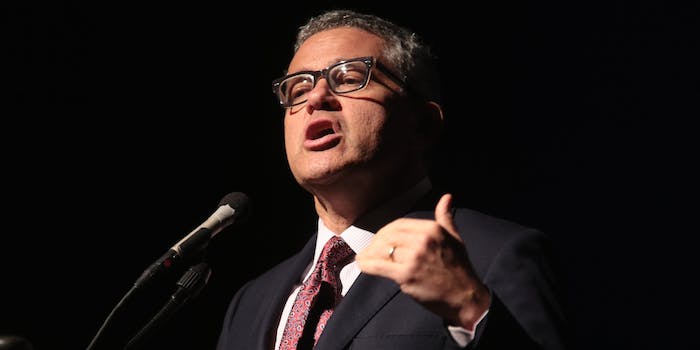 The legal analyst for the New Yorker and CNN has since been suspended.

Jeffrey Toobin, a legal analyst and reporter for the New Yorker, exposed his penis during a recent Zoom meeting and has since been suspended from his job.

As first reported by Vice on Monday, the incident took place during a Zoom call between employees with the New Yorker and WNYC radio.

In a statement on the matter, Toobin apologized for exposing himself during the meeting.

“I made an embarrassingly stupid mistake, believing I was off-camera,” Toobin told Vice. “I apologize to my wife, family, friends and co-workers.”

Toobin stressed that he had been completely unaware that other attendees could see him.

“I believed I was not visible on Zoom,” Toobin added. “I thought no one on the Zoom call could see me. I thought I had muted the Zoom video.”

A spokesperson for the New Yorker, Natalie Raabe, confirmed that Toobin was suspended as a result.

“Jeffrey Toobin has been suspended while we investigate the matter,” Raabe said.

Vice notes that the work email for Toobin, who has not tweeted since Tuesday, has since been disabled. CNN, where Toobin is also a legal analyst, released a statement on the incident as well.

“Jeff Toobin has asked for some time off while he deals with a personal issue, which we have granted,” the network said.

News of the mishap led the term “Zoom Dick” to trend Monday on Twitter.