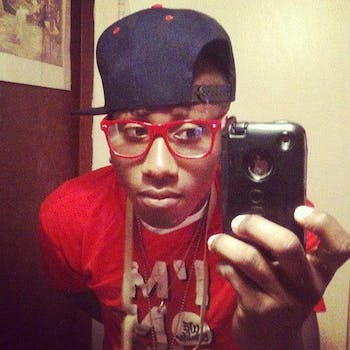 Atlanta man charged with threatening to kill the president

An Atlanta man has been charged with threatening the life of the president after tweeting a message calling for his death.

Britton followed up that message with two more on Sept. 19, one of which also included the acronym F.E.A.R. which stands for Forever Enduring Always Ready, a group with plans to kill the president, the Washington Post reported.

“Serious question? If you knew about a terrorist group planning to kill the president, would you tell? I kinda wanna see if they can! F.E.A.R.”

“Yes you can kill a president with cyanide. who would put that in water/coffee?”

According to his Twitter and Facebook profiles, Britton has a penchant for taking photos of himself with his shirt off, and he often tweeted about training for a mixed martial arts fight. His hatred for Obama dates back to April 18 when he tweeted a photo of the president allegedly smoking along with the following message:

If convicted, Britton could face five to 10 years in prison, a fine of $250,000 and restrictions to Internet access.