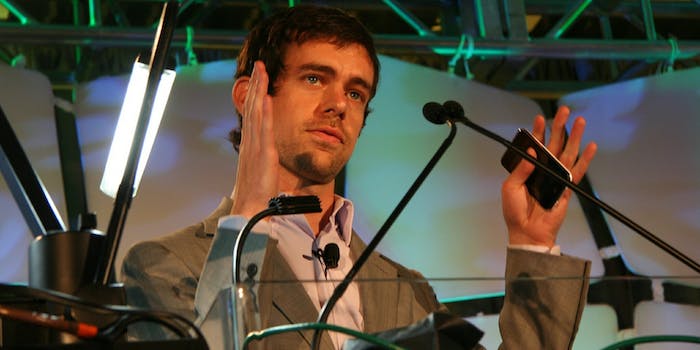 Your guide to Twitter, Jack Dorsey, and the drama surrounding his return

Everyone is talking about Jack Dorsey today, and here's why

You’ve probably seen a whole lot of headlines today about Twitter’s new permanent CEO, Jack Dorsey, and how the company’s board of directors is poised to experience some turnover, and yada yada yada, right? It’s easy to feel like you missed something in the tech world, and unless you’ve been following the drama around Dorsey’s journey from Twitter co-founder to outsider, and then back into the plush leather CEO chair, you’re likely pretty confused.

It’s time to fix that, so let’s get you caught up on just who Jack Dorsey is, what he means to Twitter, and how your Twitter experience might change now that he’s once again running the show.

Who is Jack Dorsey?

Dorsey is a co-founder and original CEO of Twitter. He helped the company raise its startup funding in its very earliest days and lost his position as CEO because he had a habit of leaving work early to pursue other interests, but remained with the company as a chairman, and eventually Executive Chairman.

During this time he also launched the hugely successful mobile payment service Square, where he currently serves as CEO. Like Twitter, Square is also based in San Francisco.

Back in Twitter’s walls, when previous CEO Dick Costolo stepped down in mid 2015, Dorsey jumped in as Interim CEO while the board searched for a permanent replacement. Today, Dorsey announced that he would remain as permanent CEO.

As the second largest social network, Twitter is a pretty big deal on its own, but Dorsey’s path from original CEO to dual CEO is also unique. Launching two successful companies and then serving as CEO of both isn’t exactly something that happens every day, and Dorsey is now doing so despite a few groans of Twitter’s board of directors.

While Dorsey was serving as interim CEO of Twitter earlier this year, the board released a statement that was directly aimed at him. “The Committee will only consider candidates for recommendation to the full Board who are in a position to make a full-time commitment to Twitter,” the statement read, seemingly ruling out the possibility of Dorsey taking the helm while he remained the CEO of Square.

Dorsey’s path has even been compared to that of former Apple CEO Steve Jobs, in that he went from being the shot caller to being an outsider, then forming a new company and eventually regaining control many years later.

Twitter is dealing with slowing growth and a public that has become a bit numb to new social media tricks. The company is still gaining users, but not at the rate that it wants to be, and nowhere near the breakneck pace set by Facebook.

Twitter is also struggling to present a solid monetization strategy that pleases investors while not pushing users away. As CEO of Square, Dorsey is in a unique position to make Twitter a big player in mobile shopping and payments, but nobody knows if he can actually pull it off, or what the final product might look like. Sharing money via social is nowhere near the mainstream, so he has his work cut out for him.

Why does it matter to you?

Unless you’re an investor, you don’t really need to consult any tea leaves regarding today’s announcement, but if you’re a Twitter user you might notice some changes happening sooner rather than later.

Expect a greater emphasis on user growth in both the short and long term. Twitter has largely become an “insidery” kind of social network. It’s addictive, but only once you have a solid base of followers and friends to interact with. The “follow all the celebrities” strategy the company has pushed in the past hasn’t really done it any favors, so keep an eye out for new tools and ways of finding like-minded individuals who don’t live in Hollywood.

The same will likely be true regarding mobile payments, and as the company continues to test ways for users to buy things from tweets, you’ll see more reminders that you can spend money without ever leaving Twitter.

Photo via TCDisrupt/Flickr (CC BY 2.0)