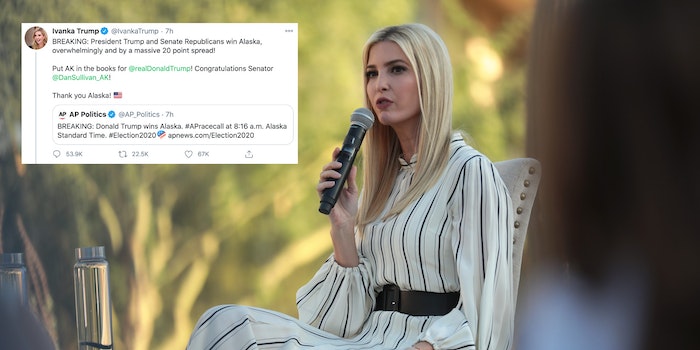 Conservatives have argued all week that the media doesn't determine the election's outcome.

Ivanka Trump, the daughter of President Donald Trump, celebrated on Twitter Wednesday after the Associated Press announced that her father had won the state of Alaska.