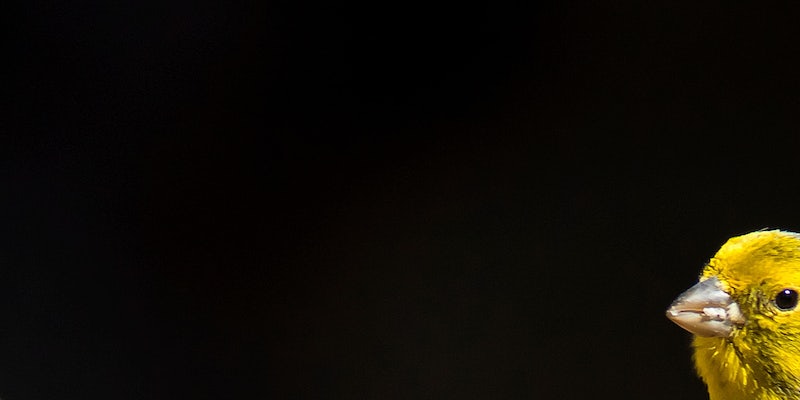 The site's operators, though, are tight-lipped about their own identities.

A controversial new website has a bold tactic for supporting Israel: posting information about college students who support Palestine in an explicit attempt to hurt their job prospects.

As first reported by the Forward, the new site, called Canary Mission, pulls no punches with its goal. “We believe in the right of employers to know which potentially threatening organizations prospective employees were affiliated with during their time on campus,” the site states.

Its database, as of this writing, shows 55 individuals. Each has their own bio page, which includes information like what school they went to, what pro-Palestinian groups they’re allegedly affiliated with, their “close connections,” photos and videos, links to their social media accounts, and a list of their “infamous quotes.”

Some saw it as just the type of the sacrifice an activist might have to make.

“To be honest, public shaming was something we all were fully aware of when we passed our resolution at Berkeley,” student Klein Lieu told the Daily Dot. A former member of the student government while attending the University of California, Lieu voted for the university to no longer accept affiliations from companies with connection to the Israeli military—like Hewlett Packard, which makes the ID cards used at checkpoints in the West Bank.

“I had many talks with my mentors and spiritual leaders about the matter prior to our vote, and ultimately stood by my decision to act with my heart and my values with what I saw was wrong,” he said.

Others were far more pointed in their criticism. “I’m involved in this activism in part because my Jewish and African-American heritage push me to strive for justice for all people. Especially when injustice is carried out in my name,” said Rebecca Pierce, whose personal information appears on Canary Mission.

Despite the site’s affinity for doxing—the public sharing of people’s personal details—the site itself hides its origins.

In an email, one person involved with the site, identifying himself only as Tom, an “administrator,” said that was by design, and for his colleagues’ own safety, as they’ve already received threats. “Not wanting to become the next Charlie Hebdo, I am not able to be forthcoming with my last name for now,” he said.

“Due to the somewhat clandestine nature of our mission, it is difficult to be as available to comment as we’d like,” Tom added. “The threats being leveled towards us and anyone affiliated with us are real, and they are dangerous.”

He defended the site, saying that it only reveals publicly available information. “The truth is that—aside from our blog—Canary Mission is just an aggregator,” Tom said, “easily accessible to anyone with access to Google.”

“It’s really ironic that they’re exposing 19-years-olds while refusing to ID who they are,” countered Radhika Sainath. A staff attorney at the nonprofit Palestine Legal, Sainath said her organization is looking into ways to take potential legal action on behalf of the people Canary Mission features, some of whom say they’re falsely represented.

As for what an individual is supposed to do if they feel misrepresented by Canary Mission, it doesn’t seem easy. As Tom said:

“We have thus far received one personal response from a person claiming to be a close friend of someone on our website standing up for her and essentially explaining why we have erred in a genuinely concerned way. This person claimed they were shocked that we could insinuate that her friend was associated with the hate-filled activities we presented on our site. Needless to say, our response was empathetic yet clear—this is the point of Canary Mission. This person was shocked, but the evidence was all plainly there. We didn’t take down the profile, and one person learned a little bit more about what actually goes on on campus. (Its not worth me telling you who this person is. She will just deny it and accuse us of fabricating lies about her—one thing we don’t do on our site).”

One clue of who’s behind the site comes from Forward’s report. A number of pro-Israel nonprofit heads flat-out denied being involved, but a single one, Americans for Peace and Tolerance’s Charles Jacobs, gave no comment. The Daily Dot contacted Jacobs through Twitter and email, noting that he was the sole person in Forward’s story who didn’t deny involvement with Canary Mission. In response, Jacobs reiterated his “no comment.”