The militant group Islamic State (ISIS) is guilty of many stomach-turning crimes against humanity—and now, we can count a lack of fact-checking among them.

The image, as seen below, was tweeted by the ISIS-associated social media account State of Islam on Nov. 19. The poster, which has been circulating on various social media platforms, depicts a woman being assaulted by men in army fatigues, accompanied by the message “no more watching brothers die no more watching sisters cray [sic].”

Warning: We’ve censored the below photo, but it is still somewhat graphic and NSFW. 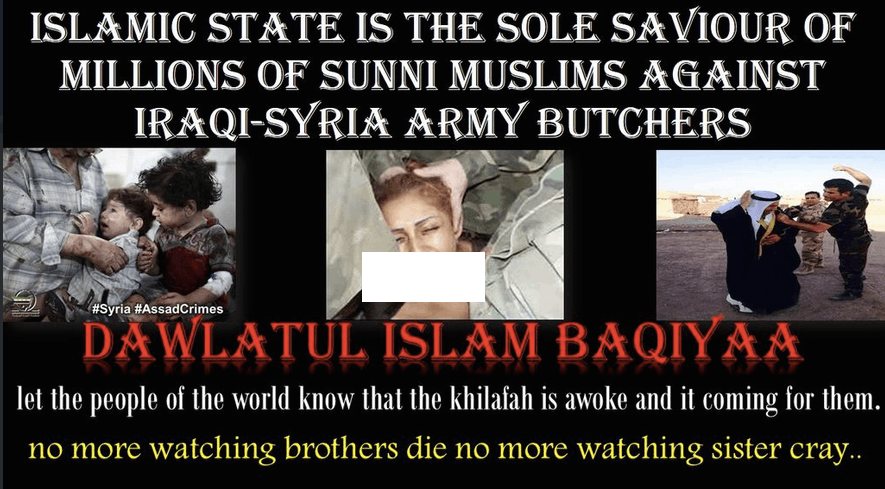 Good call, Think Again Turn Away. But of course, it begs the obvious question:

We reached out to Think Again Turn Away to verify the source, and will update if we hear back. But the photo is likely from the Hungarian amateur website Sex in War, which caught flak back in 2004 when photos of what looked like a woman being raped in U.S. soldiers were circulated by Arabic websites as proof of U.S. war crimes. One of the photos was also published by the Boston Globe, which was forced to issue a retraction after it was revealed the photos came from a pornography website.