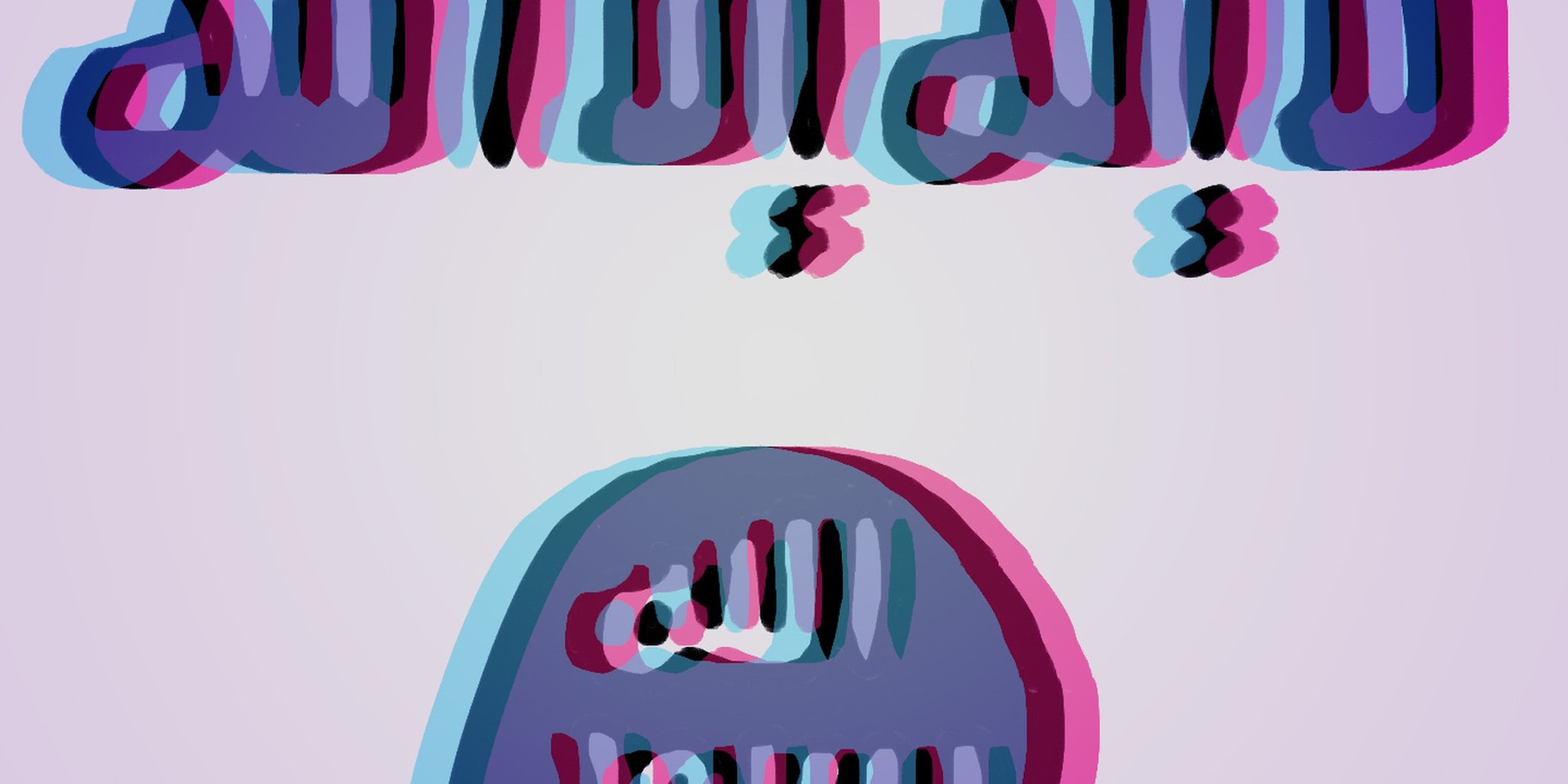 The San Bernardino shooters were star-crossed lovers brought together by the Internet.

Most stories of love, marriage, and baby makes three don’t end with the newlyweds carrying out a gruesome terrorist attack that leaves them dead and their child abandoned. So news that the suspected San Bernardino shooters Tashfeen Malik and Syed Farook possibly met on an online dating site raises an interesting question: How do these people find each other?

Most accounts of classic criminal couples have them meeting the old-fashioned way. Bonnie and Clyde met at a friend’s house. Australian serial killers David and Catherine Birnie were introduced through mutual friends. The “Lonely Hearts Killers” Raymond Fernandez and Martha Beck met when Fernandez—who’d up until then had been answering the personal ads of lonely women, then charming them and stealing their money—answered Martha Beck’s own ad. Serial killers Ian Brady and Myra Hindley, who killed five people together, met at work.

“They just seem to be able to [find each other],” says retired FBI profiler Gregg McCrary, who has spent decades analyzing criminal behavior and the psychology of criminal teams or couples. “Some people say there’s gay-dar where you can tell if someone is gay. Well, there’s mur-dar, too. It’s some sort of synergy with these folks. Both people in the couple have these pathological desires, a kind of simpatico.”

It’s possible Farook and Malik found each other through some other arranged network of people, but if it was online, it might be the first case of a mass-murdering couple meeting this way. Syed Farook had cast a few nets into the sea of online dating, according to reporting by Daily Caller, who found profiles identifying him as a devout Sunni who liked “working on vintage and modern cars, read religios [sic] books, enjoy eating out sometimes travel and just hang out in back yard doing target pratice [sic] with younger sister and friends.” In another, he liked snowboarding and dinner with friends. Another profile further showed him as non-drinking, non-smoking, 6-foot-tall Muslim—a meat eater whose family values were listed as a mix of both Eastern and Western traditions.

There’s nothing in Farook’s profiles to suggest a future partner in carnage, but given the increasing suspicion by authorities that the massacre is linked to a “deeper terror matrix,” one wonders what motivated their decision to marry, have a child, and then all but guarantee their absence from their daughter’s life. McCrary says the religious factor can have a very strong pull in criminal couples, and while he couldn’t speculate on Farook and Malik in particular, he said religion can often act “as a kind of power or fear factor.”

“You can find any interest, no matter how culturally advanced or pathological, online.”

Given the potential on the Internet to indulge any possible niche interest, not to mention the facilitation of many terrorist plots via digital pathways, it’s not difficult to imagine an ease of connection through social media for people with extreme ideologies or even those who share mental illness or harbor darker impulses. The Internet is where the marginalized find allies.

“You can find any interest, no matter how culturally advanced or pathological, online,” says McCrary. Terrorist groups recruit via social media, so why not would-be spouses with a violent ideological bent?

Such was the case for 19-year-old Shannon Marie Conley, a Colorado nurse who fell in love online with a 32-year-old Tunisian man who apparently convinced her to join ISIS over Skype. Conley was arrested trying to board a flight to Germany with a connecting flight to Turkey near the Syrian border, and admitted her plans to use her medical training to aid jihadi fighters or join up herself.

Conley is part of a handful of stories of women “seduced” online, through social media from Twitter to ask.fm, to join jihadists under the promise of sisterhood, a husband, or martyrdom. Among the women lured virtually to a real life of crime and terror: two Austrian girls and a pair of British twins.

These stories are an extreme example of say, the Nigerian romance scam, where a charming con artist spends weeks or months chatting with a lonely, often older or divorced woman online or by phone, courting and planning to meet, only to slowly drain her of her bank account with a series of increasingly convoluted excuses. Such tales play on our deeply conditioned sense that women are gullible suckers for love, or, as it relates to women who are part of murderous couples, gullible suckers for criminal brainwashing. They are rarely ringleaders in criminal activity but, rather, unwitting accomplices who act not out of their own dysfunction but for love, revenge, or a lack of economic independence.

Sen. Dianne Feinstein’s (D-Calif.) recent statement on the Malik’s role in the massacre expresses this sentiment. “You and I know, that women, we wouldn’t leave a 6-month-old—our baby—to do this, to don tactical gear to go in and kill a bunch of people,” the Los Angeles Times reported. “It’s not something a woman would easily do.”

Though men are responsible for the lion’s share of all criminal activity, women, even mothers, do commit crimes, and they have the prison presence to prove it. Their incarceration numbers have risen more than 600 percent in the last three decades. And the relatively few who do participate in massacres share similarities with male offenders—abusive pasts in particular, like the recently unearthed news that Farook’s father was physically and verbally abusive.

We still know very little about Malik’s background, but if the suspects are like the profiles of any number of other criminal couples, it’s likely they shared this dysfunction, and in McCrary’s experience, both members of the couple in such situations share the pathological bent and desire, even if there is a dominant-subservient dynamic. The person with the upper hand doesn’t always have to be the man, and typically, forensic psychologists consider the attraction between them something “darker than love” and more about anger, power, and frustration that overrides the protective emotions and impulses most of us have in place.

A chapter of patterns among female offenders from the book What Works With Women Offenders explores that while men have consistently initiated women into criminal activity, the saying “she did it all for love” is overplayed. Women not only make choices to participate in criminal activity, but they too have the disturbed pasts and mental health issues to engender it.

And though such couples can ostensibly find each other easier online now, there is thankfully no terrorist dating network, at least not of yet—nothing like the stuff of satire imagined, such as joke sites pitching Taliban Singles, or this campaign video created by OPSEC (Operational Security). The latter spoofs online dating videos to demonstrate how easy it is to give away sensitive information that could risk troops’ lives, but it also offers a frightening image of how a terrorist’s dating video might look. In it, Hakim, a Scorpio, loves reading philosophy by firelight “and constructing my own IEDs.” He likes painting, football, and searching Facebook to find U.S. military member status updates, or which ones have children so he can threaten them.

We still don’t know Farook and Malik’s motive. Experts told the New York Times it’s clear some degree of planning was involved. We still don’t know exactly how they met, either, but in McCrary’s experience, it is likely it involved on some level “a kind of perverse synergy,” he said. “These are couples where one and one makes three. Where they are far worse together than they ever would have been apart.”

And thanks to the Internet, bringing the disenfranchised together one click at a time, they may have never been that far apart all along.