Cantlie is known to have previously been beaten and tortured by Islamic State.

The British photojournalist John Cantlie is being held as a prisoner of the militant group Islamic State (formerly ISIS), a new video confirms. Unlike previous videos showing Western hostages, Cantlie appears visibly unharmed—instead he sits alone at a desk, directly addressing “the public.”

Dressed in an orange uniform, Cantlie says that the video is to be the first in a series, intended to “show you the truth as the Western media tries to drag the tries to drag the public back to the abyss of another war with the Islamic State.”

He recognises that he is a prisoner, but says that he has “been abandoned by my government,” and that he will show the public “the truth behind the systems and motivation of the Islamic State, and how the Western media—the very organisation I used to work—for can twist and manipulate that truth for the public back home.”

The footage was almost certainly recorded under extreme duress; Cantlie had previously been captured in 2012, and was tortured and the subject of mock executions. He was also shot during an escape attempt. 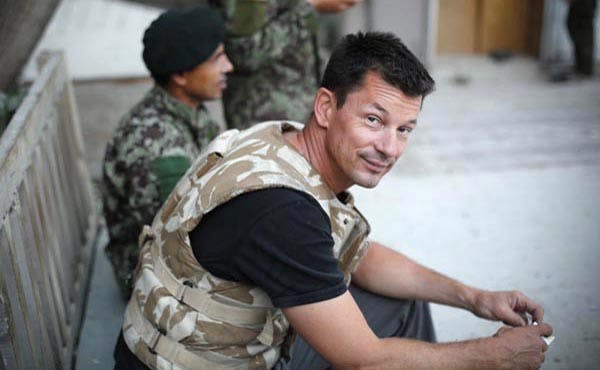 Previous videos released by Islamic State showed the graphic murders of the journalists James Foley and Steven Sotloff, as well as the British aid worker David Haines. The Jihadist group is currently threatening to kill the aid worker Alan Henning, and it is unclear how many other Western hostages they have under their control.

Members of the media learned of Cantlie’s capture early this year, but were reportedly told to not report the news by the U.K. Foreign Office.

@bungdan @mattaikins i learned of Cantlie’s kidnapping last Jan. but the Foreign Office told me I’d put his life in danger if i reported.

The video of Cantlie has since been removed from YouTube. 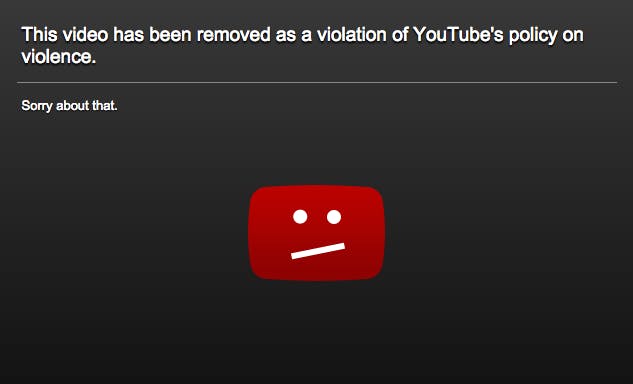 The full transcript of the video, which the Daily Dot is not linking to, is as follows:

Hello, my name is John Cantlie. I’m a British journalist who used to work for some of the bigger newspapers and magazines in the UK, including the Sunday Times, The Sun, and The Sunday Telegraph.

In November 2012 I came to Syria, where I was subsequently captured by the Islamic State. Now, nearly two years later, many things have changed, including the expansion of the Islamic State to include large areas of Eastern Syria and Western Iraq—a land mass bigger than Britain, and many other nations.

Now, I know what you’re thinking. You’re thinking: “He’s only doing this because he’s a prisoner he’s got a gun at his head and he’s being forced to do this,” right? Well, it’s true.

I am a prisoner, that I cannot deny. But seeing as I’ve been abandoned by my government and my fate now lies in the hand of the Islamic State I have nothing to lose. Maybe i will live and maybe I will die, but I want to take this opportunity to convey some facts that you can verify, facts that if you contemplate might help in preserving lives.

Over the next few programs I’m going to show you the truth as the Western media tries to drag the public back to the abyss of another war with the Islamic State. After two disastrous and hugely unpopular wars in Afghanistan and Iraq why is it that our governments appear so keen to get involved in yet another unwinnable conflict?

I’m going to show you the truth behind the systems and motivation of the Islamic State, and how the Western media—the very organisation I used to work—for can twist and manipulate that truth for the public back home. There are two sides to every story—think you’re getting the whole picture?

It’s very alarming to see where this is all headed, and it looks like history repeating itself, yet again. There is time to change this seemingly inevitable sequence of events, but only if you, the public act now.

Join me for the next few programs, and i think you may be surprised at what you learn.