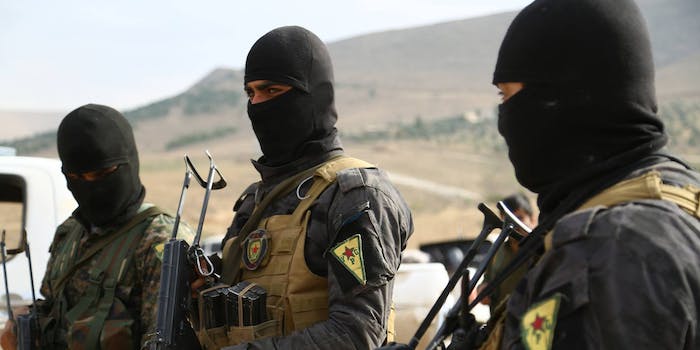 Despite its propaganda, ISIS also provides newsworthy images that no journalist can get

The photographic evidence is heartbreaking but also important.

When American warplanes kill Syrian civilians, often the only photographic or video proof to emerge from the dead zones show up on Islamic State internet propaganda channels, where they rapidly mix truth and lies into fiery rhetoric aimed to fuel further jihad in their name.

Syria is dark and deep in the fifth year of the world’s deadliest war, so there are rarely any journalists nearby to witness these events. This is the most dangerous country on earth for civilians and journalists alike.

On Thursday night, the U.S. military announced more civilian deaths just a day after the “worst civilian casualty incident” in the American war against the Islamic State.

The Syrian Observatory for Human Rights reported 28 civilian deaths in this incident but the Islamic State put the number at 40. The incident, which the Observatory called “a massacre,” took place in the northern city of Manbij.

ISIS propagandists then posted pictures of the charred remains of children blasted into an early death by American bombs.

As difficult as it is to look at (we will not post them here), the photos represent some of the the clearest documentation of what really happened to the dead men, women, and children.

The gruesome nature of the Islamic State’s propaganda machine is nothing new.

The group posts pictures of beheadings and bloody deaths of all kinds on a daily basis.

What makes these specific incidents interesting is that when an event like this occurs, the Islamic State becomes a valuable firsthand source of information for a world trying in immense futility to document an opaque war whose victims very often die with no one knowing.

It’s internet-based propaganda to be sure but Amaq, the news agency most closely associated with ISIS that released these pictures, is mixed with citizen journalism and unique access that can’t be easily accepted but which absolutely cannot be ignored.