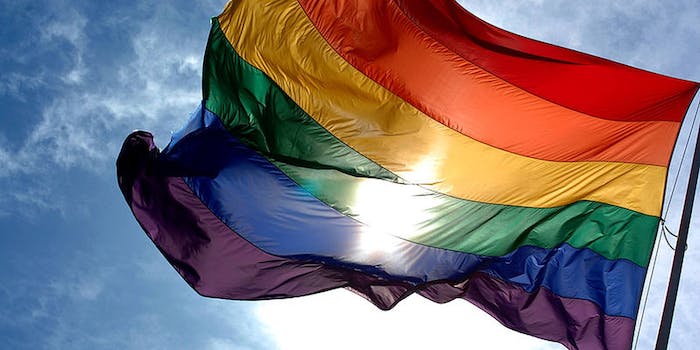 In the United States, many can’t be bothered to drive a couple of miles to vote in an election. But in Ireland, when the issue is important enough, citizens are willing to travel halfway around the world to cast their ballot.

On Friday, Irish voters went to the polls to decide on a national gay-marriage referendum. It’s a historic vote because it could be the first time in history that a country chooses to allow same-sex marriage through popular vote, according to NBC News.

With 3 million expected to cast ballots in the election, USA Today reports, the measure appears likely to pass despite opposition from the Catholic Church in the overwhelmingly Catholic nation. But even with popular support coalescing behind the referendum, many Irish voters living abroad don’t want to leave it up to chance.

Amid the election, the hashtag #HomeToVote has become a trending topic on Twitter and Facebook as many Irish residents document their pilgrimages back to their native country to cast their votes.

This is the scene on the 9:10 London to Holyhead train as Irish abroad return #hometovote #marref pic.twitter.com/spVfkb5sIT

I flew from San Francisco to vote Yes today. No biggie. #hometovote

American readers may be asking themselves why so many Irish citizens have to board planes, trains, and ferries just to vote. After all, we have absentee ballots. Don’t they? Well, it turns out that in Ireland, there’s a very narrow set of circumstances under which citizens living abroad can request postal ballots. This comes from a strict interpretation of an Irish constitutional provision that requires secret ballots in public elections. The fact that so many Irish citizens are having to return home for this election has some questioning the disenfranchisement of Irish voters overseas.

Question is, why come #hometovote? Shouldn't our emigrants be allowed vote from abroad like in most other countries France, Poland, USA etc?

And while this might be a worthwhile issue for Ireland to revisit at a later date, for now it doesn’t seem like the physical distance is doing much to dampen the determination or enthusiasm of Irish voters who are part of the #HomeToVote movement.

On the Ulysses ferry coming into dock right now. The Stena ahead of us. Plenty of #hometovote #VoteYes pic.twitter.com/SVV9omAW5N

There's a monstrous queue to get into Ireland this evening. Guess what they're all back for? #MarRef pic.twitter.com/IP811asPV1

I've never been so excited to get home. Sweden via Glasgow to Cork… Let's make history Ireland #YES #hometovote pic.twitter.com/6FZofCalNn

Though Irish voters are used to the burden of returning from overseas if they want to cast their ballots, supports of the gay marriage referendum say this is a particularly important election for which to return home.

“This is an issue that affects all of us and will affect future generations of Irish people,” Irish voter Eoin Gill told NBC News. “I’ve come home For general elections before but they’re nothing compared to this, this is the vote that will be remembered and we will all look back on this moment in years to come.”