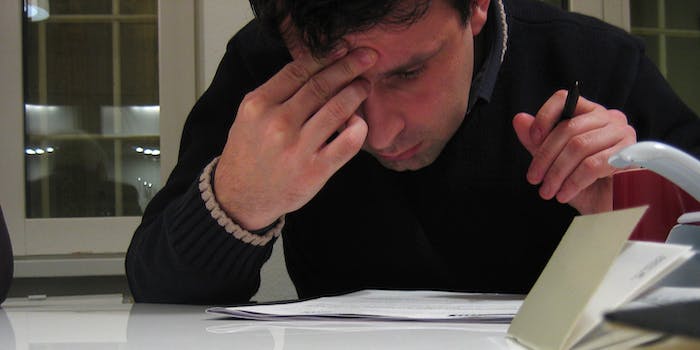 These mathematical models might have prevented the Iraq War

Math could be more powerful than you think.

Math could have prevented the United States from invading Iraq and launching the costliest war of the century, according to new research on how cutting-edge mathematical logic is improving the way intelligence agencies deal with uncertain, fast-moving situations.

The question of whether or not Saddam Hussein possessed weapons of mass destruction in 2003 vexed the U.S. intelligence community more than a decade ago. Faulty intelligence, overzealous intelligence and defense officials, and a compliant, jingoistic press corps combined to produce an atmosphere in which the Iraq War was practically inevitable.

Audun Jøsang, a professor of informatics at the University of Oslo, studied how intelligence agencies can best deal with and assess incomplete and subjective evidence. Current intelligence analysis weighs all circumstantial evidence by a specific probability. The new math, called “subjective logic,” adds to that an “estimate of certainty” of the probability, allowing for greater uncertainty and more realistic analysis.

In other words, current intelligence models allow for answers like “yes” and “no.” By adding an estimate of certainty, the new logic emphasizes a third essential answer: “I don’t know.”

“If the Americans had been in possession of this tool, perhaps they would have found that there was too much uncertainty with regard to the hypothesis saying that Saddam had weapons of mass destruction before taking such a momentous decision as to invade Iraq,” Jøsang explained. “Unless the uncertainty of the circumstantial evidence is taken into account, the analysis tool may erroneously conclude that there was a clear probability that Saddam had access to weapons of mass destruction.”

Both American and Norwegian intelligence officers have already expressed interest in studying the new math. Given time, it may make its way from academia to the Pentagon—potentially averting another catastrophic foreign-policy blunder.