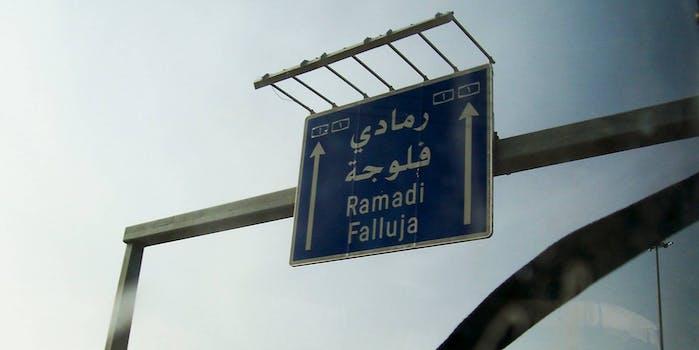 Iraqi forces and U.S. warplanes are battling between 500 and 1,000 ISIS fighters. 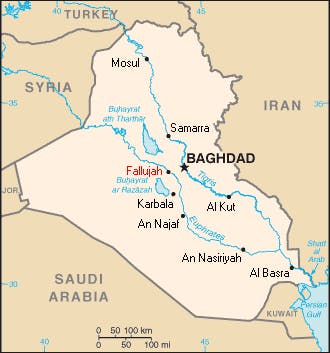 Fallujah, which has been controlled by the Islamic State for over two years, lies just 39 miles west of the Iraqi capital of Baghdad. The close proximity to the capital of a major ISIS-controlled city has long been a thorn in the side of Iraq’s leadership.

The U.S. military estimates that between 500 and 1,000 ISIS fighters reside in Fallujah alongside 50,000 civilians.

The city holds special significance to American forces because it was the site of two major battles and intense insurgent activity during the Iraq War, including the conflict’s deadliest fighting.

“I am calling for citizens who are inside Fallujah to leave their areas and head towards safe corridors,” Iraqi military spokesman Brig. Gen. Yahya Rasoul said last night on television. “In the coming few days, the operations to liberate Fallujah will be launched.”

ISIS is not allowing civilians to leave Fallujah, according to Human Rights Watch. Residents are reportedly facing starvation conditions due to food shortages within the city. Around 50 families reportedly escaped the city just prior to the fighting’s start.

Video and other media chronicling the offensive is beginning to pour out of Fallujah, giving people around the world a glimpse of a high-stakes battle not far from Iraq’s capital.

To provide context for the conflict, here is a map of the battle in Fallujah that outlines the positions of Iraqi and ISIS forces as of Monday morning.

MAP: Situation in and around #Fallujah as battle begins to retake the city from #ISIS – @HKarimi1991 pic.twitter.com/RTBkpEoWW1

It’s important to note that in the middle of a battle, and even afterward, it’s often difficult or even impossible to fully understand or verify the information that emerges. But tracking the material helps make sense of what is undeniably a crucial battle in the war between the Islamic State and the coalition arrayed against it.

As a warning, the following videos show graphic violence.

Below is a video claiming to show Hezbollah in action in Fallujah. Hezbollah, which the United States considers a terrorist group and a proxy for Iran, was last seen headed toward the city several days ago. It seems the militants have arrived in force.

This is an Iraqi military convoy headed toward Fallujah.

Bombing and firefights have moved from the outskirts of the city to the interior. Pictured below are columns of smoke rising from places where Iraqi artillery struck Islamic State targets within the city.

Here are photos of Fallujah smoking from above.

PHOTOS: The battle for #Fallujah has begun. #Iraq forces start by targeting the cement factory – @arabthomness

Meanwhile, the Islamic State—infamous in part because of its online presence—is releasing its own online media showing the battle. Early this morning, the group claimed that American airstrikes had repeatedly hit a mosque in the city. ISIS militants are also claiming some deadly victories over Iraqi forces.

As the fighting in Fallujah continues, the Iraqi government is dealing with unrest in the nearby capital.

The Islamic State claimed responsibility for bombings around the city that have claimed hundreds of lives.