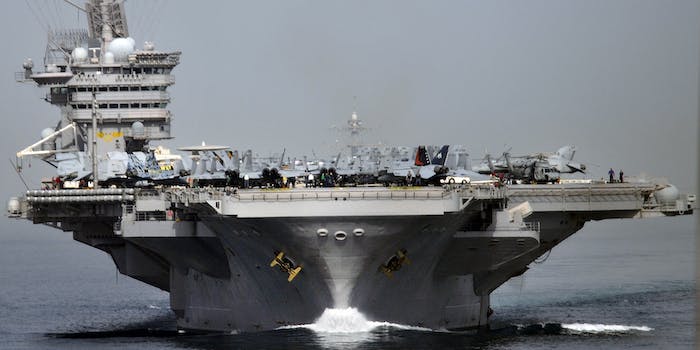 “The U.S. Officials said the attacks were carried out by hackers working for Iran’s government or by a group acting with the approval of Iranian leaders,” according to the Wall Street Journal. “The most recent incident came in the week starting Sept. 15, before a security upgrade, the officials said. Iranian officials didn’t respond to requests to comment.”

This group of state-sponsored hackers has repeatedly gained access to USN computers, doubtlessly in service of cyber espionage. They have not, however, the officials maintain, been successful in obtaining classified materials, only being able to penetrate into the deeper sections of the unclassified areas.

A technologically sophisticated country with no shortage of skilled programmers, Iran, despite recent movements toward resumed talks, is at odds with the U.S. It is widely believed that the U.S., in conjunction with Israel, was behind the successfully deployed Stuxnet virus, a virus designed to shut down the Iranian nuclear program.

“Cyber war” has yet to be waged given that, as security expert Bruce Schneier told the Daily Dot, war has casualities and not a single person has been killed in a cyber action. The near permanence of war metaphors on what is more often a PR or spying action distorts our ability to clearly understand the real threats in state-to-state online actions.

Still, the reality that a computer system one thinks of as being among the most protected in the world is still getting hacked is disconcerting.

A Defense Department official told the Daily Dot, “As a matter of policy and for reasons of operations security, we do not comment on the details of our operations to counter cyber threats or the allegations made in recent media reports.”

The DoD, the official said, experiences daily attacks on its networks and works “diligently to mitigate their impacts and prevent future intrusions… We have full confidence in the integrity of the department’s networks and systems upon which we conduct critical operations. This recent reporting does not change that assessment.”