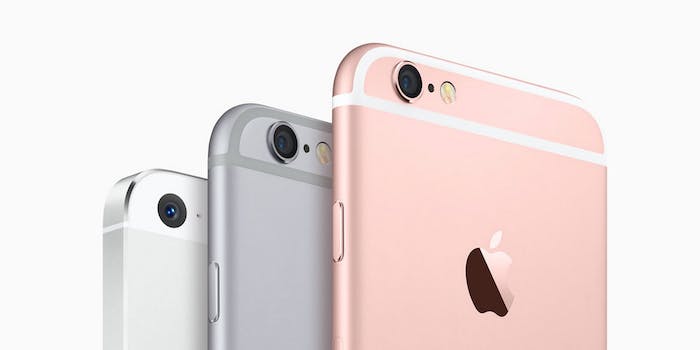 As expected, Apple’s iPhone 6s and 6s Plus just made their debuts at Apple’s special event in San Francisco, bringing with them more power, more features, and an all-new way to interact with your smartphone.

Following its established “S year” habit of updating internals and adding features while keeping the same form factor every two years, Apple has given the iPhone 6s and 6s Plus the same hardware design as last year’s models. That means a 4.7-inch, 1334×750 pixel display on the 6s and a 5.5-inch, 1920×1080 screen on the 6s Plus. 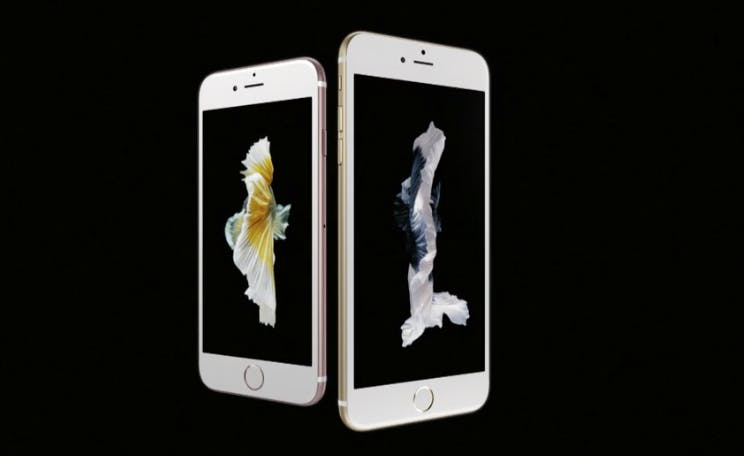 But while the touchscreens may be visually identical to last year’s versions, they are much more advanced when it comes to features. Like the display on the Apple Watch and the Trackpad on the latest MacBooks, the new iPhone screens are pressure sensitive and can distinguish between a simple tap and a longer, harder press. 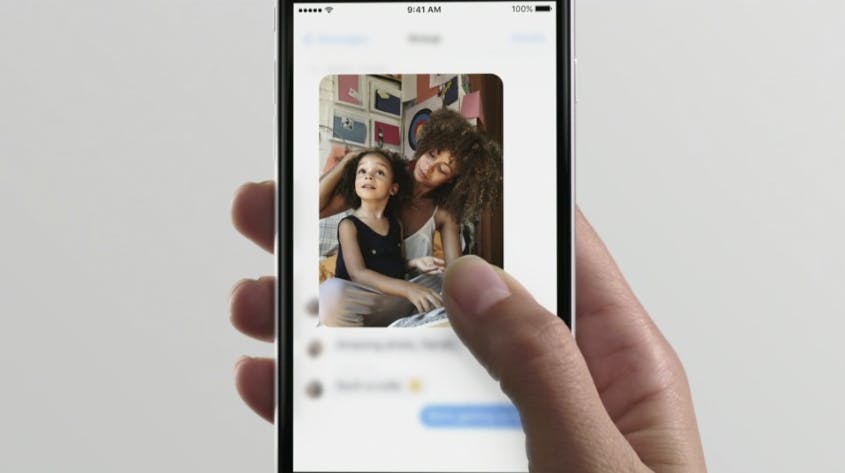 Apple is calling the feature “3D Touch,” replacing the creepy and oft-mocked “Force Touch” name with something a bit easier on the ears, but it functions in much the same way as it does on the Apple Watch. 3D Touch adds the ability to shortcut to certain smartphone features, like long-pressing the Phone icon to redial your most recent call, while also allowing light touches to offer a peek of the content. 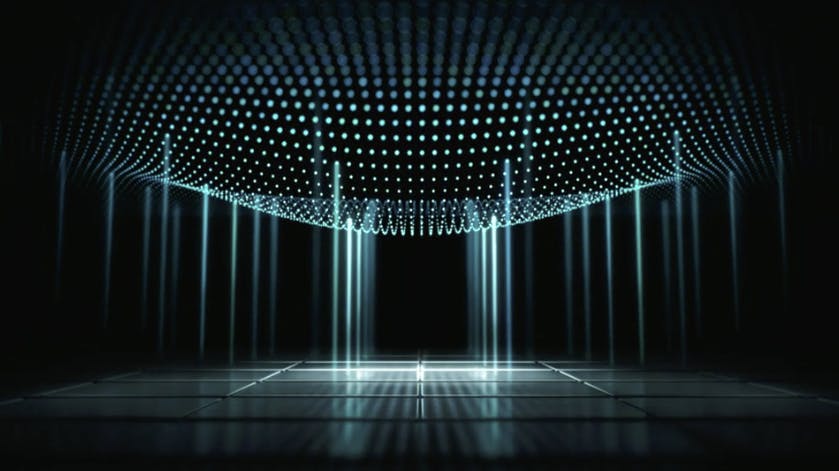 The new iPhones will also include their own Taptic Engine technology to produce tactile feedback for each type of touch. The functionality is extended to third-party apps as well, so keep an eye out for your favorite apps to add new, more convenient ways to interact in the very near future.

Inside the familiar aluminum case—which, by the way, now comes in a new shade, Rose Gold—is a faster processor, the A9 system-on-a-chip. Apple says the new processor offers up to 90 percent more performance than the previous generation. 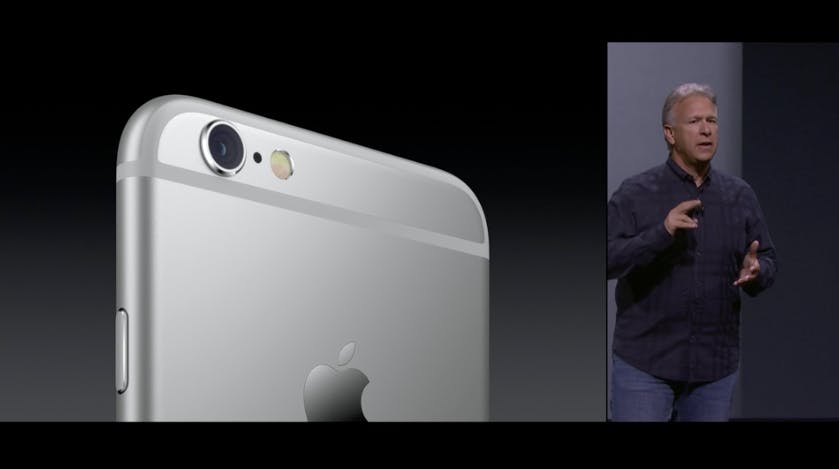 The iPhone 6s and 6s Plus also got some serious attention on the camera front, upgrading the iPhone line’s 8-megapixel sensor for the first time since the iPhone 4s. The new 12-megapixel camera promises sharper images, as well as video recording in full 4K resolution. The iPhone’s display can’t actually render video in that resolution, but exporting the content to your PC or elsewhere will allow you to view it in all its glory. You’ll still be able to watch the videos you have on your phone, of course—you just won’t be seeing it in 4K.

For selfie addicts, the front-facing 5-megapixel has been upgraded, and a new two-tone selfie flash feature lights up the phone’s main display to light up your face. Apple also introduced something it calls “Live Photos” which are essentially high-resolution animated pictures that capture both the moments before and after you took the photo.

On the software side, the new, more powerful phones will take full advantage of iOS 9, including the slick new moving wallpapers. Much like the moving backgrounds included in Apple WatchOS 2.0, the motion wallpapers on the iPhone 6s are essentially super high-res animations that loop endlessly while your screen is activated.

On the tail end of the event, Apple crammed a bunch of quick-hit updates into the newest iPhone’s features list. The Touch ID sensor has been upgraded and is now up to twice as fast at reading your fingerprint, and Siri has gotten a bit smarter as well. 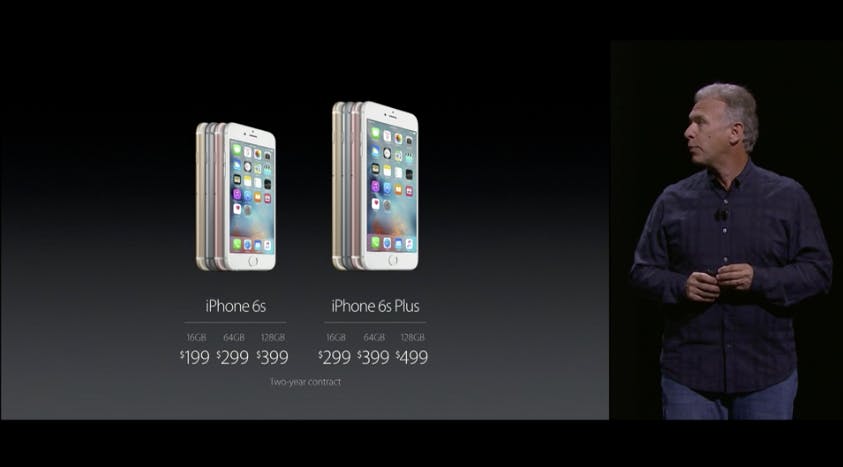 Pricing remains the same as the previous year, with the 16GB versions of the 6s and 6s Plus priced at $199 and $299, respectively, going up $100 for each tier of storage.