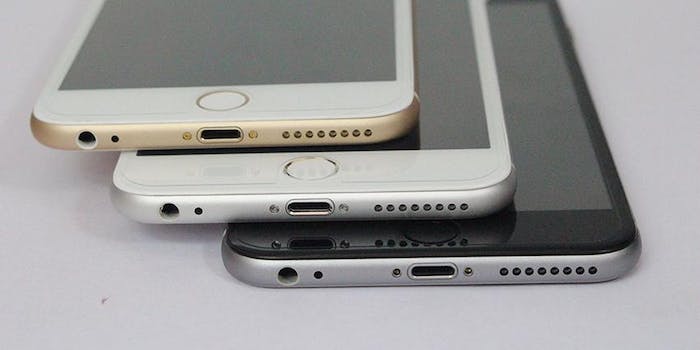 Finally, an iPhone that runs Android

It's an Apple fan's worst nightmare.

Apple’s next iPhone hasn’t even been officially announced yet, but thanks to the somewhat broken nature of international copyright laws you can already buy an “iPhone 6s” straight from China.

The only problem is that Apple didn’t design it and Apple’s manufacturers didn’t build it. Oh, and it runs Android.

Like most counterfeit goods, the cloned iPhone 6s goes by many different names. Sometimes it’s called the “Goophone I6s,” while other times it’s sold under the iPhone name, but there’s no mistaking exactly what it’s trying to be. The most surprising thing, however, is how well it pulls off its masquerade.

Everything from the plastic wrapping on the box to the fake iOS interface is designed to mimic a new iPhone perfectly, at least in terms of outward appearance. All the buttons function as intended, the multi-touch screen appears to perform admirably, and it even includes perfectly replicated Apple EarPods and charging cord.

It’s a remarkable forgery, but dig a little deeper and the facade begins to crumble.

The device menus say the screen resolution is the same 1080p that iPhone 6 Plus users have been enjoying since its launch, but the actual resolution is a mere 960 by 540 pixels. Likewise, the front and rear camera lenses are both less than half of their advertised quality. The fake 6S doesn’t support LTE, let alone 4G, and very few of the included apps function like their legitimate counterparts. 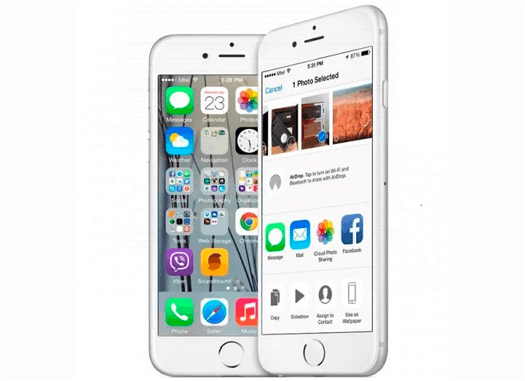 Click the Apple Maps icon, and a web-based version of Google Maps opens. Hit the App Store, and you get the Google Play Store instead. All of this Google love makes sense given that the fake version of iOS 8 running on the phone is actually a heavily modified version of Android 4.2 Jelly Bean.

As you might expect, the phone is sold for just a fraction of the price of the real deal, and you can find them on some of the web’s shadier marketplaces for around $100.

Despite the fact that Apple would undoubtedly love for these clones to be wiped from the tech industry, the company’s options are slim. Like many electronics forgeries, including the fake Apple Watch that arrived at my own door earlier this year, the Goophone originates in the Chinese city of Shenzhen.

Shenzhen has become a hotbed for gadget clones thanks to the city’s massive number of tech jobs centered around the Shenzhen Hi-Tech Industrial Park. The Chinese government’s notoriously loose enforcement of copyright law ensures that clone makers will continue to thrive—and cause headaches for companies like Apple—for many years to come.