Could bendgate be more serious than we thought?

Since it’s release in September, the iPhone 6 and iPhone 6 Plus have been plagued with controversies. First, it was the tight pants of Apple enthusiasts and the resulting curved phones that began the running joke known as bendgate. Then, there was the far less serious hairgate, with male users complaining that the new design tugged and pulled at their whiskers. Now, to complete the trifecta comes burngate.

Phillip Lechter and his family were visiting Tucson, Ariz., on Oct. 11 when the group decided to take a pedicab ride. A few blocks into the ride, the rickshaw driver snagged his wheel on a trolley track, causing the vehicle and the passengers to topple over. That crash is literally what ignited burngate, according to a post on Lechter’s blog.

I felt a burning sensation on my leg and then saw and smelled smoke from my pants. I surveyed the rickshaw quickly and could not find anything that could have set me on fire. Then it hit me, my phone was in my pocket. Somehow in the process of the tipping of the rickshaw my new APPLE iPhone 6 had bent in my front pocket and caught on fire.

Once Lechter realized what was happening, he removed the phone from his pocket as quickly as possible, burning his hip with the molten device in the process. The leather case on his phone protected his fingers while he removed it, but unfortunately the screen was facing his leg and caused quite a severe injury. Bystanders who were witnessing the event poured water on his searing leg while another doused the iPhone 6 with ice to cool the device down. In a brief video of the event that was captured by an onlooker you can hear the phone sizzle as others call to Lechter to see if he is OK.

After a trip through the hospital, he writes: “The Doctor’s report described a 11.5 cm x 10.5 cm burn area on my right leg and classified the burn as 2nd degree with first degree burns surrounding the area.” While the size of the burn is inline with the measurements of the iPhone 6, it’s the photos Lechter posted of a wounded leg, burned jeans, and charred device that do the most convincing. 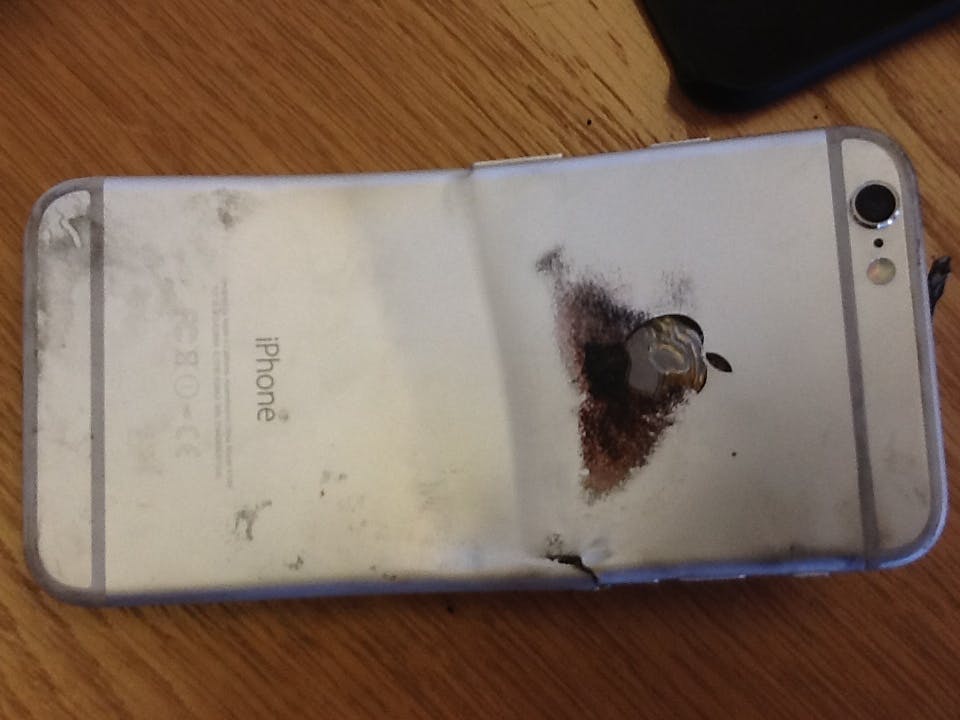 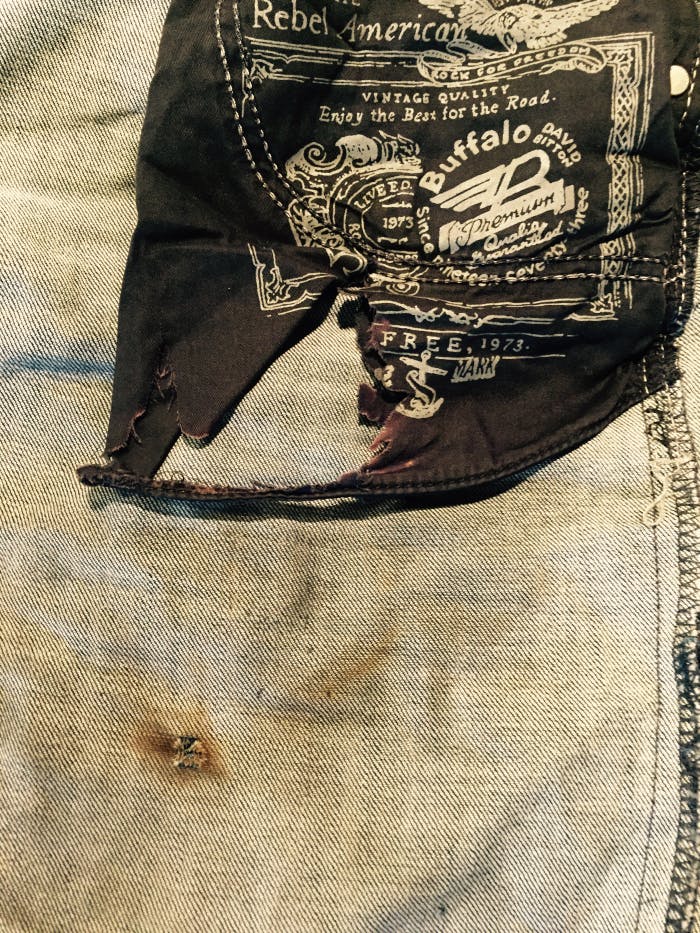 Could bendgate be more serious than we first believed? Could a dent in the device activate battery overheating that leads to issues this serious or more so? Apple has yet to comment, but Lechter writes that the event not only traumatized him but interrupted his “business, workout, and family life.