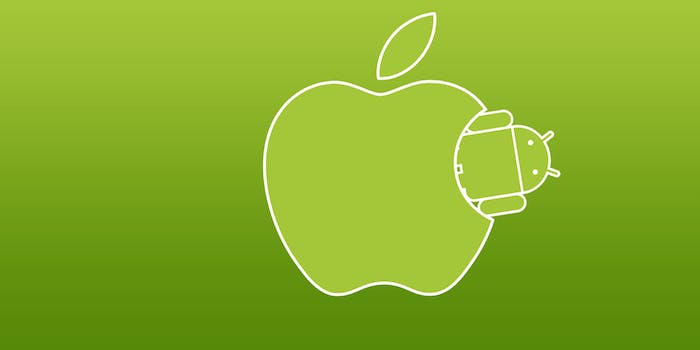 But does the iPhone 6 have a kickstand? Didn't think so.

Apple is a company that’s all about polish—and sometimes that means taking other people’s ideas, handing them a cup of coffee and a clean shirt, and waiting for them to sober up. As Samsung and Apple duke it out and the iAcolytes wage an endless war with Android fanboys, it’s worth remembering that “borrowing” goes both ways. And, as the course of human history but not the course of humans-doing-business would suggest, some ideas just occur in two places at once.

Back in 2010, my then-groundbreaking HTC Evo 4G was kicking ass and taking names. Sure, the iPhone 6 could run circles around its processor and battery life, but that little slab of Android looks pretty precocious in hindsight. 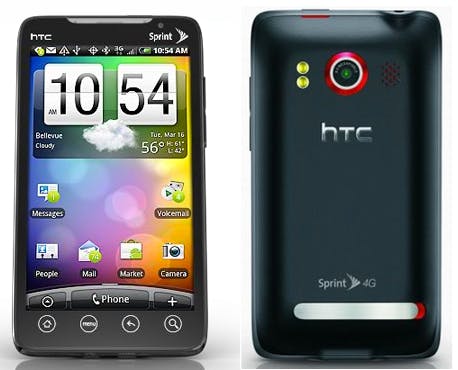 The iPhone 6 supports a broader range of 4G LTE bands, if that gets your motor running. But back in 2010, the HTC Evo 4G was the first 4G phone ever. It ran on Sprint’s then-revolutionary but now defunct WiMAX network, which offered a considerable speed boost over then-ubiquitous 3G networks. That’s two full years before the first iPhone ran on a quasi-4G network (HSPA+) that was already shamed by proper Android LTE phones like the HTC Thunderbolt, which joined Verizon’s LTE network in 2011.

The iPhone 6 will be the first iPhone to nudge display size over the 4-inch mark—up to 4.7-inches or 5.5-inches on the iPhone 6 Plus, if you’re a giantess. A 4-inch display has felt criminally small for years now, though it was a considerable bump up from squinting into the 3.5-inch display on the iPhone 4S. Meanwhile, Android has erred on the side of huge for years. Four years ago, a 4.3-inch display felt just right—plenty big but not so big it made holding the thing impossible.

Much ado was made about how the iPhone 6 Plus can flip into a horizontal mode to enable two-handed typing and navigation. While a proper landscape homescreen mode didn’t hit Android until version 4.1.2 in 2012, Android’s keyboard along with plenty of apps were capable of flipping sideways back in the dark ages of 2010.

Look, my HTC Evo didn’t brag about any nonsense called “focus pixels” but it did have an 8MP camera—just like the iPhone 6. Back then, the iPhone 4 was still stuck with a 5MP back-facing camera, though its sensor made for pretty decent low light performance at the time. Of course, pixel count isn’t everything, and Apple’s figured that out and then some in recent years, developing an excellent mobile camera that’s a far cry from the iPhone 3GS days.

Apple still doesn’t really have this one figured out as of iOS 8, which is a shame. Android’s notifications tray has had Apple beat for years. If you’ve used both Android and iOS (like I do), you know what I’m talking about.

Apple Pay looks to make big waves in the broken world of mobile payments, but this whole NFC sensor thing is really, really old news. Android 2.3 added support for NFC back in December 2010 in tandem with the launch of the NFC-equipped Nexus S, and we’ve been not using it ever since.

Oh yeah, did I mention that my smartphone had a kickstand? I think this conversation is over.