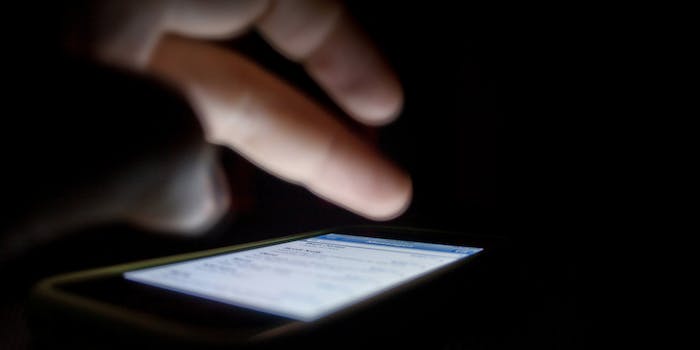 Apple products aren’t known for playing nice with Android devices, to say the least. But with this week’s launch of iOS 8.1, iPhones and Macs will not only be able to talk to one another more smoothly (as opposed to say, not at all), but they’ll be able to talk to Android smartphones and tablets easier too. Macs now support the SMS messaging standard and not just Apple’s proprietary iMessages, which is a win all around. And that’s on top of the other handy iOS 8/OS X Yosemite software perks in a suite of features called Continuity, which Apple debuted on Monday.

Beyond not syncing between iPhones, iPads, and Macs, iMessages are prone to causing confusion. Group messaging becomes chaos if you’re hopping from one device that supports SMS (non-iMessage texts) to another that doesn’t. While texting on a Mac has been downright effortless since Apple built its iMessage app (confusingly just called Messages) into OS X Mountain Lion back in 2012. Effortless, that is, until you need to contact someone who uses an Android device. It’s a big enough hassle to have inspired a class-action lawsuit, Moore v. Apple Inc., in Calif. this year:

“The text-messaging lawsuit, which seeks class-action status and undetermined damages, claims Apple failed to disclose that switching to a device other than one running on Apple’s iOS operating system would result in the interference. The suit is based on contractual interference and unfair competition laws.”

The Apple-to-Android device issue isn’t the only problem with iMessages, but it’s a big one. Apple’s texting protocol is notorious for outages, errors, and iCloud hiccups and otherwise loyal iPhone users are often quick to slam the service, though others make anecdotal claims that it’s faster than SMS messaging.

When your imessage isnt working and you have to send it as a text message pic.twitter.com/KvYD6yRPsw

But as the last few months revealed, Apple’s cloud has even bigger problems. A major security hole in iCloud that Apple was aware of yet failed to patch was implicated in the Celebgate scandal, which raised many eyebrows about iCloud security for photos.

I might as well have an android, since my iMessage works 7% of the time

y is my imessage acting up :'(

Apple’s messaging strategy is basically the opposite of Google’s. The latter company released its own flawed but useful messaging and VoIP app, Google Voice, to the iPhone App Store in 2010 after much resistance from Apple. Cross-device syncing has long been a draw of iMessage, but flaws in Apple’s texting system have dampened excitement over time. A few of iMessage’s other noteworthy features, like read receipts and a realtime view that shows when someone else is typing, are creepy enough for many users to disable them (pro tip: you can turn both off in the iOS settings). They might be long overdue, but this week’s updates to OS X Yosemite and iOS 8.1 smooth things out for Macs, iPhones, and Android users alike—making things less annoying for everyone.